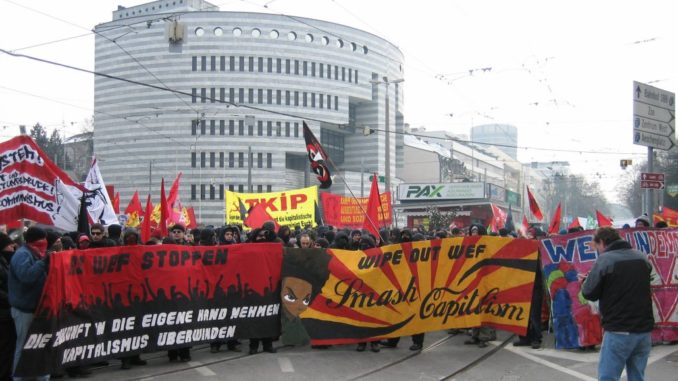 My final article in my wee trilogy on data interpretation I examine who benefits from the manipulation of state data. It is usually sound policy when investigating the often bizarre antics of the state to follow the money. There is nearly always a fiscal dynamic, one might also suspect a political advantage but not as often as one would imagine, HSR2,  the psychopathic hounding of motorists by chauffeur driven ministers & historic record tax burdens show an amazing disregard for the electorate.

There is no one driving force in the engine of State. The almost permanent dysfunction of governments in the western democracies is a constant source of wonder, brilliantly covered by Hans Herman Hoppe in his book Democracy, The God That Failed.

Let us examine how we are governed, not how we think we are. Politicians play a very small part in state governance. The real force is both diverse & complex. The public sector in the British economy is enormous, historically the  highest ever in cost & people. It swallows billions of pounds every year & is beholden to no one, certainly voters.  Civil servants do not just infest Whitehall & the Town Hall although that accounts alone for millions of unsackable index linked & generally feather bedded pen pushers. There are nearly one thousand quangos, shadow civil servants, equally featherbedded also beholden to nobody but highly influential. They all have an agenda based on empire building & power for its own sake. This was wonderfully portrayed in Yes Minister, incidentally I made viewing the series compulsory for my political interns, fancy needing to!  For a fascinating insight into the bureaucratic mind nobody has yet improved on its exposure by Charles Dickens in his piece the Circumlocution Office, The Science of Government (Little Dorrit). Read it & weep, nothing has changed 140 years on.

With so many vested interests reform is impossible, as Dominic Cummings will find out. The NHS is probably the most desperate government institution in need of reform but it enjoys much the same relationship as the cow does in Hindustan. How else could it swallow over £100 billion pa, employ 1.2 million souls yet more than half of whom have no medical qualifications at all. But we all went out every Thursday night sheeple like to applaud the biggest failure in its seventy year history. Reform dare not even be whispered.

Universities are a law unto themselves. They have an iron control of young minds, many of these youngsters line up to get into the civil service to control the levers of power. Many academics join secret organisations like Common Purpose to promote their  goals outside mainstream politics. Globalism beckons via well funded platforms such as the European Union, United Nations, international health lobby institutions of which the WHO is but one. I have been banned from lecturing on Libertarianism & Austrian  School  economics at Somerville College Oxford, Robinson College Cambridge, Stirling & Durham Universities such is the academic fear of radical thought. These universities groom senior police, military & lawyers in wokery, they are the real viral danger.

Charities are now political pressure groups, they have unchallenged access to mainstream media, their CEOs combine salaries of which most of us can only dream with political correctness matched only by those in public service broadcasting on even higher salaries.

There is though a common theme for the western democracies, a global technocracy templated historically with eighteenth century monarchy & aristocracy. The technocrat comes in many guises, they share one thing in common, they have access to those levers of power which transcend the electorate which they hold in undisguised contempt. They control unbelievable wealth George Soros, Bill & Melinda Gates, the Clinton Foundation,  the great spigot of sovereign wealth wrung from taxpayers by central bankers & chancellors, big pharma bankroll thousands of commentators presented to the public as neutral professionals.

Constitutions & law are designed as a shield for the citizen, but governments hate them. They are abandoned when they become even remotely inconvenient. The American Constitution  was epically abandoned by Abraham  Lincoln in 1861 (see Thomas di Lorenzo’s book The Real Lincoln) the British Bill of Rights & the Toleration Acts 1688/9 never rescinded, just abandoned, the Federal German constitution  consistently out manoeuvred by the ECB.

Although ironically groups like BLM, Antifa & various eco groups condemn capitalism they are actually promoting 1930s style German socialism, ironically already BLM have developed a para military wing dressed in black last Saturday. But the real movers & shakers of the new world order are the technocrats. They do not seek communism, fascism or capitalism but globalised confederated Statism, with themselves manipulating the levers of global power but not actually leaving their fingerprints. Let the facade of political democracy continue with meaningless elections every few years to place another puppet at the helm of State, but the real decisions remain unminuted behind closed doors in Davos, Dhofar , Brussels, The Fed, IMF, ECB & probably places & institutions of which we have not yet heard.

In centuries past the old style monarchies did not pretend to tax & oppress the common people for their own benefit, they wanted sumptuous living, grand palaces, they flaunted their lifestyles, it brought them eventually to a sticky end. Perhaps Bismarck was the first political grandee in modern history to sniff the wind of change. He hated democracy but understood the value of bread & circuses for the masses. He introduced the concept of welfarism, admired & copied by Lloyd George. Modern Britain now commits to providing healthcare, education, pensions, social security & soon to come social care. All based on borrowed or counterfeit money, the tax burden is now at its  highest for fifty years. The system is overdue for complete collapse as my wee book Magic of Banking explains (forgive the plug, Amazon).

The State continues to tax & oppress us but we have been persuaded it is somehow for our own benefit, that the man in Whitehall or the Town Hall knows better than we do what is best for our families, our businesses, our health, our very lifestyle.

Yet fear is the greatest motivator in humankind, not love or greed, the State is in a unique position as the media basically controlled  by the State, especially when fake science is the weapon. A poorly educated populace are particularly vulnerable. The recent example of Coronavirus is just one example, the world has been persuaded by propaganda that carbon dioxide is somehow a dangerous pollutant. That man made global warming will destroy the planet an hypothesis long since discredited. It is promoted by a teenage girl with learning difficulties given an international media platform, but the world’s leading climatologist Profs. Ian Plimer & many others capable of destroying the theory in fifteen minutes are denied access. There has been NO DEBATE. Incredible. Green tax, regulation, manipulation to add more control & power to the State, but all for ‘our own benefit’. All scientific debate is suppressed & replaced with highly charged emotion, science is now perverted & politicised as Churchill & Eisenhower warned us it would be. Most present day scientists are in receipt of State funding, he who pays the piper calls the tune.

Bare in mind once the State takes emergency powers they are never returned. Even in wartime Britain the police were not empowered to be judge & jury on whether your journey was necessary, nor were pubs or restaurants closed, at no time was the country subject to mass house long term arrest. Remember it was originally to be for two weeks, ‘to protect the NHS’ Goebbels would have appreciated that line.

The politician is merely the technocrat’s cat’s paw. The journeyman politician will have tasted the first pleasure of  authority as a milk monitor at school, rising to head boy/girl, on to Oxford (why is it ALWAYS Oxford?) The debating society, or some political group, anything to avoid the real world. They sport a red or blue rosette, it really doesn’t matter which, they are all the same, then sell their soul for ministerial office. It is vital to be conviction free or it is impossible to be all things to all men, essential for the highest office. But it is the technocrat who pushes & pulls those power levers from a mansion faraway with high security fences, servants, technicians & probably in a tax favoured haven.