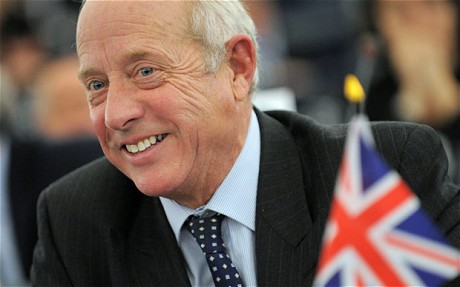 The European Union is one of the least understood organisations in the United Kingdom. The reason for this primarily is neither mainstream media nor the political class have moved on from the concept of the Common Market.

The long term goal has always been a federal Europe. A Europe more tightly disciplined than the United States, more micromanaged, more centralised than most historical federations. The EU’s founding fathers believed this idea would put an end to the continent’s interminable wars.

History shows a major conflict somewhere in Europe every eighteen months for the last one thousand years. The last world war was so horrific it triggered the federal concept.

The concept of a federal union had to be done by stealth. The founding fathers were quite open about this. Edward Heath admitted quite openly in retirement that if the true concept were known to the electorate it would not have been supported, as indeed it wouldn’t have.

The 1975 referendum was a confirmatory vote. The UK was already in, the vote was for the status quo. The ballot paper and the campaign were about a common market.

The country was at an all time low, not seen since the mid 1930s, many saw the common market as a saviour for a failing state. I did myself. Continental Europe seemed to have drawn ahead us, they seemed to be doing something right.

Remain seemed the simple option, the least bother. The debate was almost totally about trade. Some leading politicians raised the constitutional implications but the nation wasn’t ready for that kind of debate.

Looking back on the constitutionalist arguments on You Tube some of the most brilliant arguments came from the left. Tony Benn, Peter Shore, Michael Foot made devastating contributions, as did Enoch Powell from the right.

Back in the sixties Clement Attlee exposed the true nature of the beast but Harold Macmillan won the argument only to be thwarted by de Gaulle, who understood eventually the British would never be part of a federal mainland Europe.

But the 1975 debate has locked British debate in a time warp. What would be the tariff scenario on automobiles? Will the NHS collapse ? Can our hill farmers cope? Etc. Etc. It has all been about trade, even the usually astute William Rees-Mogg got mired by Andrew Neil on the cost of trainers and shoes! As if that had anything to do with the real debate.

There is also fake assessment of who voted what and why. Old voted leave, young voted remain is an appalling over simplification. The divide was more complex. Public sector workers mainly voted remain. Bankers, thespians, bureaucrats, students, academics and clergy all voted remain.

Provincial middle England voted leave. The butcher, baker, mechanic, hairdresser, cabbie voted leave. A huge ‘old’ Labour support base. There were class and regional differences, too, but they were more nuanced.

Here is the dilemma and danger. Let’s recap as the referendum was two and a half years ago. The then Prime Minister, David Cameron, wrote to every house in the land at an estimated cost of £9 million. The letter set out in some detail the basic facts and a recommendation to remain.

It also famously mandated the electorate to make the final decision. That decision, it was promised, would solemnly be abided by. No ifs or buts. The turnout astonished everyone and the electorate voted leave.

Then followed a general election in which both main political parties committed in their manifesto to leave. This took party politics completely out of the picture. Labour and Conservative voters (four million) abandoned UKIP, now it seemed redundant. The general election was not based on remain or leave because that was a done deal. Tribal politics reasserted itself. Good old red or blue.

Parliament then overwhelmingly triggered Article 50 and the countdown began. But things started to go wrong. The new Prime Minister had campaigned for remain, as had her Chancellor AND Home Secretary. Deeply dedicated federalists by their own admission.

Then the most astonishing development, a dedicated remain civil servant took the negotiating helm. David Davis AND Dominic Raab were usurped. Olly Robbins was Chairman of the Oxford University European Society in his youth. The entire team consisted of people who didn’t want to leave.

Unsurprisingly the eventual ‘deal’ is remain in all but name. The ‘deal’ is so rotten it is unsupportable and has suffered two huge defeats in Parliament.

Changes in tabloid editorial policy together with unashamed bias on BBC, Sky and Channel 4 have started a propaganda campaign based on fear of leave, and an extraordinary vilification of 17.4 million leave voters who are either stupid or racist.

It is implied that moving from 55% trade under WTO rules to 100% would somehow be ‘crashing out’ or a ‘leap in the dark’. There is a TV blackout of European protest demonstrations, and a veil is drawn over the EU Security Agreement (remember the EU army that was never going to be?).

Parliamentarians committed to their party manifestos are ‘hard’ Brexiteers. But the referendum ballot paper just said remain or leave. There was no ‘turn to page two for further questions’. No hard, soft, poached, fried, scrambled or coddled.

There is a desperation to overturn the referendum result so hysterical it shows clearly the EU is not about trade but something much deeper. The perpetrators of remain are not from the world of trade, indeed they made very conscious decisions at university to have nothing to do with trade. They chose, law, politics, civil service, church, theatre and academe. They know nothing of trade and have a distaste for it that goes back two hundred years.

Faith in politicians is at an all time low, but it will get even lower if the referendum result is not honoured, many Remainers understand this. There is a mood swing for the first time in mainland Europe, the federal dream (incidentally much better understood over there) is crumbling.

Eurosceptic parties will be returned in significant numbers to the European Parliament in May. The dream itself will die with the collapse of the European Central Bank, probably in 2021. The tragedy is that the federalist subterfuge was bound to be exposed sooner or later. Excluding Germany, youth unemployment in the eurozone is 29%, unsustainable in any society.

A more honest approach could have spawned a confederation of European states, by no means an ignoble dream, something supported by the electorate and not just a sinister conspiracy by the political class, big business, banks bureaucrats and wealthy celebrities.

The British have enjoyed a constitutional monarchy and parliamentary government maturing over one thousand years. It is not perfect, it has had many ups and downs but it was based the principle of common and statute law, democratic accountability, a universal franchise and the ability of an electorate to turn out a government they no longer support. Search again if you will those speeches by Tony Benn and Peter Shore on You Tube. This has nothing to do with party politics, but principles.

Originally posted on the Lanchester Review 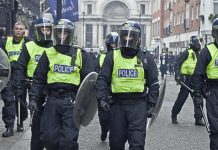 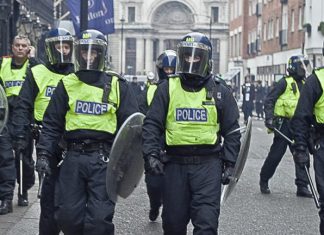