Ponder for a moment, if you will, do you drive a 1950s car. Or listen to a 1950s wireless. Or perhaps still use an old Bakelite telephone. What about typewriters, television or calculating machine? Of course, you don’t. So why do we have a political ideal conceived in those dark post-war days? The world today has moved on beyond recognition. The European Union simply has not kept up. A noble ideal of yesteryear. The inevitable result is the European Union is crumbling to pieces, however, it can yet be saved with a common sense return to first principles. There is still enormous goodwill towards the original free trade concept coupled with European cooperation and friendship by the electorates of all the countries both in and out of the Union. Disappointingly an almost unmitigated run of own goals seems to have dragged the whole project off the rails.

This seems to be a fatal phenomenon of centralised planning, certainly the United States has been under the cosh since their ‘civil war’, which was not a civil war in the European tradition but a decision to abandon the founding fathers’ constitution. The concept of uniting the states was for the common good on a voluntary basis. There is nothing in the US Constitution to cement the Union forever by force of arms yet the northern states, largely industrialised by the standards of the time was hostile to free trade. The Southern states were broadly agricultural free traders. Lincoln, an advocate centralised planning won the war and America today is a highly centralised country with imperial ambition. Certainly not what the founding fathers anticipated and Thomas Jefferson would be spinning in his grave. The winners write history, it is the way of the world, children in school are taught it was a war against slavery. Well, believe that if you want to.

Back to the European project, it seems any controlling bureaucracy and political system draws power to the centre no matter how well meaning or how constitutionally protected. We should not be surprised, it is the nature of politicians to control empires if empires we must have. The Roman Empire’s most successful period was under Hadrian, a golden age. Hadrian travelled his domain relentlessly to inform himself, not to micromanage. The relatively short-lived British Empire also devolved power locally, generally accepting the man on the spot knows best. Imagine trying to write a rulebook for Sikhs in the fertile eastern Punjab & the Bantu of Southern Africa, yet this one size fits all theme is the bedrock of EU thinking. Considering the size of both empires, there were staggeringly few bureaucrats by modern day standards. Moreover, Hadrian kept out of wars, his was a peaceful reign. The most peaceable in Roman history.

Protection of Borders, The Primary Role of Government

Interestingly the Roman Empire eventually collapsed because of a failure to protect its borders. Hadrian made an accommodation with the Germanic tribes in the north and the Parthians in the east thus securing the empire from marauders. In 407AD Rome abandoned its far-flung indefensible parts of the empire, including Britain, to draw in its borders. Any empire which fails to protect its citizens not only will fail but deserves to fail. Economic reform for the EU is urgent, but securing its borders is both vital and immediate.

The current EU politicians and administrators are obsessed with micromanagement. There is no aspect of modern life in which they do not feel it is their duty to control. It is an obsession.

The European project is globally ambitious, it reflects the deep desire of those who administrate it, in whatever form, to enhance their personal ambitions. This is natural but not desirable. It fosters hubris, how else could a prime minister of a tiny Duchy or tiny country strut the world stage and not be laughed at?

The union can survive if it hauls itself back from the abyss. It must address its failures honestly

It must adapt or die and this is the debate that should now be in full swing. This debate needs men and women of intellect, experience and most importantly vision. Some basic concepts must be jettisoned; this is going to prove impossible for the current establishment.

The EU Must Adapt

The EU must reform with a blank sheet of paper before the massive inherent goodwill towards the original project haemorrhages completely.

A start would be the acceptance of some basic facts of life, a reality check. An understanding of human nature.

People do not like to be micro-managed, the main wealth creative sector of society is small and medium size businesses. Politics has no role in their affairs, a Spanish restaurateur does not need or want a book of rules from Brussels, or Indeed Madrid, nor a shopkeeper in Yorkshire, or milliner in Paris. The government is the problem, not the solution.

I wrote recently on the flaws of the current Schengen Agreement, even now the probable architect of the European demise. Accepting free movement of labour is a potential force for economic good it would be sensible to keep the concept on an economic basis. A new Arrangement could be thus; you apply for a special ‘Schengen’ laissez-passer, blue not red, establish separate entry points marked Schengen at airports and seaports. These are only granted to those who have fulfilled a special vetting procedure, with particular emphasis on criminal background checks, the cost is met by the applicant, it takes the appalling gamble out of the current system which is simply a lottery.

There should be also regulatory and tax competition, it is healthy, an over regulated over taxed country must be punished by the market, competition is the real protection to the consumer and electorate. Already there is misguided conjecture on standardising corporate tax regimes. Tax friendly countries like Ireland and Luxembourg attract international business, a threat to this drives such businesses out of the Union completely. Worse it gives spendthrift politicians a completely free hand to feather their own nests or those of their cronies.

The European addiction to social and corporate welfare must be kerbed, recipients must not be permitted arbitrage of benefits which is at the heart of so much ill will in the richer EU countries. Social welfare must be dependent on contributions from all citizens before entitlement. Corporate welfare is immoral. Taxing poor people to subsidise big business or land owners has no place in a modern dynamic economy, something the union has embedded institutionally by allowing ‘government by lobby’.

Lastly, we must address sovereignty of a member state’s parliament, a legitimate concern, admittedly a major stumbling block for the EU believer. History shows people will not accept government from a distance, even when fair, balanced and sensible. It is an infallible trait of human nature people would sooner be misgoverned by themselves than efficiently governed by foreigners. What they won’t accept is incompetent government from afar.

It is an extraordinary fact that such is the historical goodwill to the EU project as it was understood even in eurosceptic England in the 1970s the vote was to join, even today a result is too close to call. All this is in danger of being squandered by an intransigent Union.

The time has come to admit it has gone wrong. Europe is receptive to a con-federal project, picking the good and successful aspects of the project and ditching the ideological baggage, clearly now an anachronism.

If the Union collapses history will no doubt attribute it to its leadership’s failure to adapt, the generally accepted key to the survival of any species. 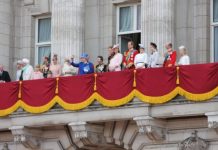 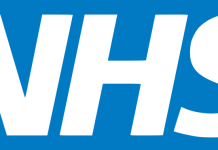