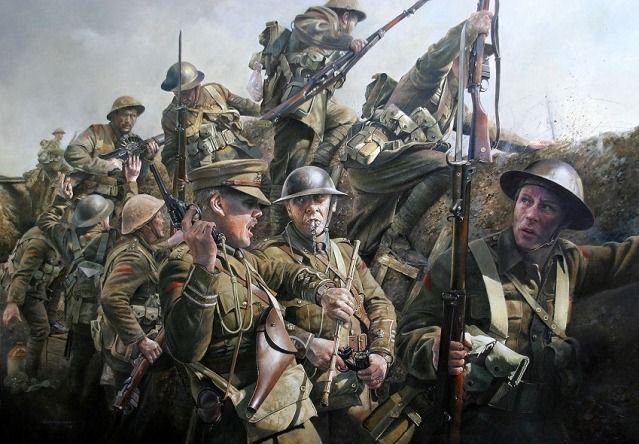 As the referendum in 2016 unfolded accusations, false promises, fake estimates shot backwards & forwards, fired from both sides, but with a clear majority of them spinning from the government side. All the more potentially powerful as the provenance appeared unimpeachable to the lay electorate. Yet one hard & fast, oft repeated commitment was made by the erstwhile Deputy Prime Minister that there would not be, nor ever would be a European Union army. I knew this to be a lie because I attended a presentation at the Joint Service Staff College, Shrivenham in 2011 which outline the concept in some detail.

I responded from the platform outlining the folly of such a concept to a very heated & disturbed military audience. All this was under the Chatham House rule. I felt bound by this for several years but as the European Army is now a matter of fact I feel free to comment. Ironically MSM is still keeping the story under wraps as far as it is possible. There are no serious defence correspondents in MSM of the status of some of yesteryear’s greats. John Keegan & Clare Hollingworth spring to mind. Masters of their subject & razor sharp to any potential global developments. The role of the defence correspondent is now so downgraded only junior reporting staff are given the job, often I suspect accepted reluctantly.

The protection of a free, informed independent press thus removed, coupled with a Ministry of Defence not fit for purpose, a politicised civil service has free rein to commit Great Britain to a defence compact that would horrify an electorate if they did but understand it. It is my intention to develop a trilogy of articles to prepare the ground for a resistance to what threatens to be a European defence arrangement so close to that which sucked the British Empire into the devastating & wholly unnecessary participation in the Great War. The following articles will explain the flaws in strategy & practicalities of the coming so called European security arrangements, the powers behind the concept are too canny pro tem to write or speak the name European Army until it is a fait accompli.

To fully comprehend the dangerous folly of the European Army we must, as so often the case, look to history. Europe as a continent is addicted to war. It has been for one thousand years during which there have been over nine hundred significant conflicts. England is similarly addicted to joining them whenever possible. From the days of the Black Prince, through Henry V, Edward IV, Henry VIII, War of the Spanish Succession, Napoleonic Wars, WWI & WWII (if you believe their were two wars not one in two parts). I have missed many but I am simply trying to set the scene. You might imagine that the history of so many futile wars, so much wasted blood & treasure might persuade the modern British politician to accept God made the realm an island to spare us the pain of war. As we are in the autumn of the 100 year anniversary of the Great War we should pause to remember not just the brave young men & women who died in it, quite right & proper, but the folly of how we got embroiled in it. I gallop here through the failures in early twentieth century British geopolitical military strategy which we seem intent on repeating.

The British Empire in nineteen hundred was at its zenith, the greatest if not longest lived empire the world had ever known. A trading empire primarily, protected by a powerful navy, policed by a relatively small army much of which was locally raised. The appalling mistake of the South African war fanned the flames of continental Europe’s jealousy manifesting itself in a British political desire for a less isolationist approach, recently pursued by the successful but by then out of office conservative administration of Lord Salisbury. The intermarriage of the many Royal Houses made the Germans or Russians natural political allies. Sadly the Germans had no desire for any alliance seeing the British Empire as a rival not friend. The French, the eight hundred year natural enemy of Great Britain were no better disposed, largely the result of African colonisation disputes. European standing armies were enormous, counted in millions. The United Kingdom did not even pretend to compete, nor was it necessary so to do.

Then, as now, Britain was a maritime trading nation. The mood in political circles was not for military alliances but ‘understandings’. Possibly the most dangerous of all continental entanglements. An ‘understanding’ is not binding. It therefore carries no deterrent effect. Just a form of moral responsibility. Not fish nor fowl nor good red herring. Who brokered then the death sentence of the Entente Cordiale? Ironically not politicians. The Prince of Wales (then later as Edward VII) won the hearts & minds of both the French establishment & people with his appreciation of the fair sex, haute cuisine, joie de vivre & command of the French language. He was perhaps pushing at an open door, the post Franco Prussian war of 1870 left the French both fearful & smarting. They needed another ally, a naval power, Russia & France were to become treaty bound which numerically outweighed the German Austrian alliance. Unbeknown to the government of the day a sinister dark figure was at work. Enter the plot Sir Henry Wilson a Francophile British army general. Unofficial military commitments were made behind closed doors. The die was cast. The British Empire found itself at war in 1914 by default, drawn into a dispute between Serbia & Austria, by 1918 the empire had suffered one million war dead, one million maimed & became a debtor nation. To what end? At war again in 1939.

The United Kingdom is about to sign up to another such arrangement. The criminal folly of it beggars belief. But this new arrangement goes deeper & wider. I shall explain how as this deadly game plays out behind closed doors with no press or television comment. 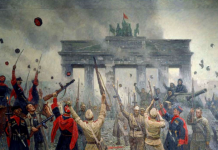 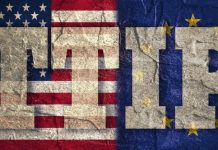