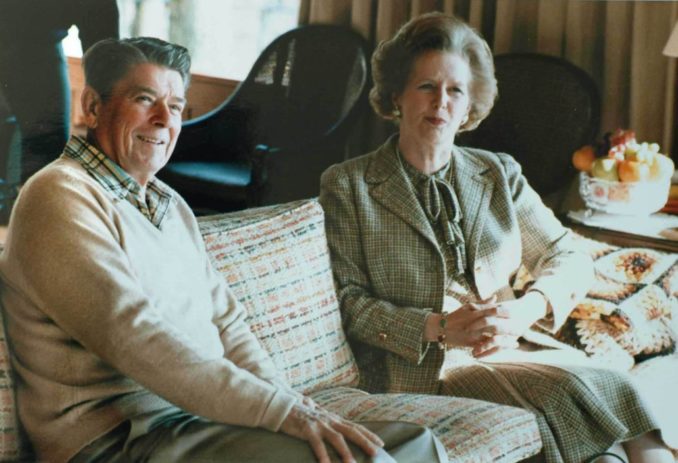 Is there, or has there ever been a special relationship between America and Great Britain? Certainly it was something President Obama sneered at, but I suspect this is perhaps his lack of a traditional education rather than any other factor. I believe the political special relationship is somewhat ephemeral, but that is the nature of politics. The special relationship I believe does exist, but it is complex. The relationship admittedly sometimes love hate in its nature is based on three legs, a bit like a barstool if you will. First is the legal system based on the American Constitution & the English Bill of Rights, we are joined at the hip on this, like it or not.
There is then, secondly, the ordinary American & British citizen, your Joe Sixpack & our ‘man on the Clapham omnibus’. They are cousins under the skin albeit distant cousins, Australians & New Zealanders are close cousins.
Thirdly there is the military. We have been allied for better or worse for one hundred years. That is simply something that can’t be erased, that is four generations, it runs deep.
I am a 1950s baby boomer, I didn’t have a single aunt or uncle who weren’t in uniform. My father was a Spitfire pilot, my mother a WRAF senior NCO, my uncle was on Lancasters & much decorated.
I served with US forces in Germany for many years & studied with senior officers at the Royal College of Defence Studies, we worked together on a personal level & remain friends years later.
My cousin Jennifer married an American airman from Norfolk, Virginia. He didn’t take her back he stayed, an Anglophile to his toes.
As a boy we watched cowboy movies & worshipped our American Uncle Bob’s wicked, massive car with huge tail fins, stabilisers you called them. Just after the Korean War my Christmas present was a Super Sabre model jet. The point I make is when two countries go through wars together the bond is strong because it has already been tested.

So people to people we are close. But let us review our constitutional relationship, as in both our countries the State runs education, this means our children are not educated in the traditional manner. They cannot discuss in any depth either the British or American constitutions, this is quite deliberate, if a citizen had any understanding of their birthright it would become more difficult to steal.

So why are our two countries joined at the hip?
Let me gallop through the development of our mutual system. Our law is Common Law, judicial precedence, significantly superior form of law to any other because it is not prescriptive. It tells us what you may not do, not what you can. That brings it much closer to the concept of government by consent, a value we treasure both sides of the pond. It started in the time of King Alfred the Great, twelve hundred years ago, it is a Saxon concept based on local adjudication, trial by one’s peers, the presumption of innocence the very beginning of what we understand to be our legal birthright today.
Yet we know through bitter experience today there are mad monarchs, evil despots & greedy politicians the battle to keep our laws as a shield against the tyrant require constant vigilance.
The law is a shield for the free man, in recent times it has been changed into a stick with which the State beats & intimidates the citizen.
Two hundred years after King Alfred came the Normans in 1066, an innovative race, strong in engineering & architectural expertise, but they were also great assimilators, they married into Saxon society & saw Saxon Common Law was superior to prescriptive law, the system preferred by the European Union (Napoleonic Code sometimes Corpus Juris)

But the usurpers never sleep, one hundred & fifty years later came King John, one of England’s worst kings. He strayed from the path of Common Law. He was brought to book by the English aristocracy, he was forced into signing a great charter restoring law in 1215 at Runnymede on the Thames, there are only four fair copies in the world, one of which is in Washington. It is part of the bedrock of the US Constitution. But I run ahead of myself.

England endured five civil wars before our system of government settled into the recognisable constitutional monarchy of today. Those five wars were between Mathilda, daughter of William & King Stephen, the War of the Roses & three more wars between Royalists & Parliamentarians. England tried thirteen years of Republicanism, it didn’t work, the monarchy was restored under the incompetent Stuarts.
They were abandoned for William & Mary in our Glorious Revolution in 1688.
During this time the American colonies were growing apace with mainly English but many Scottish colonists. The George Washington family coat of arms is in Selby Abbey, a ten minute drive from my house, well worth a visit if you are in the York area.
A pause here if I may, our five civil wars were civil wars as understood in European history. A fight between father & son, brothers & old friends very often, fought nationwide for a system of government. Royalists or parliamentarians, in Spain communists, nationalists or royalists. It is not geographical within a country. The American ‘civil war’ was in European eyes a war between the Confederacy (South) against the Union (north). I make the point only to avoid confusion.

The 1689 Bill of Rights again reinforced Magna Carta & added further protections, other bills went further, the Toleration Act giving liberty of worship & right of petition.
For the next eighty years the American colonies prospered, contrary to some rather unscholarly historical opinion American colonists lived a much freer & less taxed existence than his English counterpart. Where things began to disconnect were after the Indian/French wars which had to be paid for.
The politically inept administration of Lord North under George III clumsily invoked taxes with no political quid pro quo. The American colonists were led by men of significantly greater education & common sense, the argument boiled down to no taxation without representation.
This view was well supported by leading essayists of the Enlightenment including Tom Paine & Edmund Burke. Even up to a few years before the Declaration of Independence, colonists were declaring continued loyalty to King George in exchange for the same political status as British subjects.
With historical hindsight Dominion status bestowed on America as on Australia, New Zealand & Canada over one hundred years later would have not only worked but been popular.
By 1776 that was off the table & ex patriot British Americans broke away.
Nineteenth century America saw massive immigration from Central & Southern Europe, changing the ethnic bond for ever.

Yet the US Constitution & as yet unrepealed British constitution are sisters under the skin.
A common language does the rest, family squabbles come & go, no one can remember today what the Anglo American war was about.

So where does the special relationship go from here?
As an Atlantasist & keen friend of America, I would be failing in my duty if I was less than frank.
At present America & Great Britain are joined at the hip on foreign policy, but this is a pact between politicians, the military & deep state. To be brutal it is unhealthy.
The enduring bond of the Anglo American relationship is cemented by middle Americans & their British counterparts.
This is starting to come under stress. The wartime generation & their children are dying out. A generation is growing which is sceptical of the status quo.
President Trump is more popular with ordinary working folk than MSM will admit. His ideas for post Cold War détente were well supported, his bring the boys home rhetoric was well received. People understood his America first policy as they understand Putin’s Russia first policy. The British yearn for a leader who will put Great Britain first.
But disenchantment is growing. President Trump pointed out the all too obvious dangers of mass immigration from alien cultures, those who have no intention of assimilating, whose religion, attitude to women’s rights & animal welfare come from the Stone Age. His views struck a cord.
But none of this is some sort of natural phenomenon. American led NATO destabilisation of North Africa, the Horn of Africa & Middle East initiated the the problem. It continues still two years into the Trump administration.
My government are culpable but the man on the Clapham omnibus is uneasy as immigrants take over his town & his schools.
Why has America got 200,000 overseas troops? Eleven aircraft carrier groups? Confrontation in seven countries? To what end? Why a nearly one trillion dollar military budget, borrowed money at that!
Most of the world reluctantly tolerates the Monroe Doctrine, the US has a legitimate sphere of influence in the Americas, but is it legitimate in the Black Sea? The Baltic? The South China Sea? The African Continent?
These questions were raised by President Trump in his election campaign & rightly so, it got him elected.
The United States was distrustful of British imperialism under Roosevelt, Truman & Eisenhower,
The boot is now on the other foot.

I was uneasy about Donald Trump’s mission statement “let’s make America great again”
Much better surely is ‘let’s make America rich again’
America as a creditor nation could slash its military budget by 70% & still pursue the Monroe Doctrine, with a massive cut back on public spending it could go toe to toe with the new Shanghai Co-operation Zone without protective tariffs.
The Soviet Union found out the hard way tanks, guns, warships & airplanes simply impoverish a country in the long term.

Small government & low tax is the key to national success, moreover it is arguably the ‘American Way’.