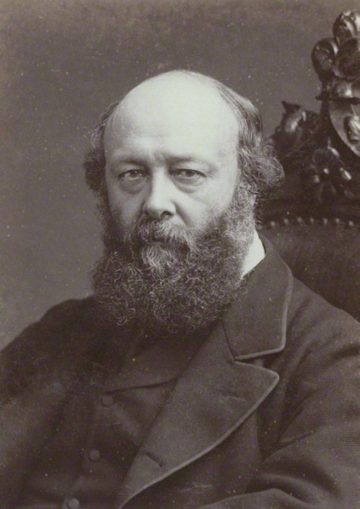 Back in the 1960s Hayek wrote an essay entitled ‘why I’m not a Conservative’.
A few years ago I used the title for a lecture I gave to the Cambridge University Conservative Association. I also defeated a motion ‘This House Believes Conservatism is the Future’, at the Durham Union proposed by Jacob Rees-Mogg by arguing the future is Classical Liberalism.
His generosity of spirit led him to vote for me as he is a conservative of the Lord Salisbury school.
Inherently liberal in outlook but conservative by nature.

The modern Conservative Party has nothing whatsoever to do with either traditional conservatism or liberalism. I take Lord Salisbury as the historical bench mark to make my case. I make no apology for quoting him ad nauseam to make my case.

Humour me if you will as I attempt to find a Salisbury quote for every modern conservative political or legal innovation. I have tried but largely failed to get a chronological juxtaposition. It matters not, I aim to make the ideological case, although as a libertarian forgive me if I stumble occasionally.

I embark with a quote which could be pure JS Mill but is in fact 1883 Kingston & District Working Men’s Conservative Association.

‘By a free country I mean a country where people are allowed, so long as they do not hurt their neighbours, to do as they like’.
Note here the word ‘hurt’. Not hurt feelings, or being offended, which must be an essential part of the rough & tumble of living in a free society.

Let us now look at employment legislation. A principle which drives a coach & horses through the principles of English law. Specifically liberty of contract. Edinburgh 1882.

‘When it is a question of what men should commercially gain or lose by a bargain, Parliament had better let grown up men settle with each other their own bargains’.
Let us look at the appalling encroachment of EU regulations in the last forty years. Edinburgh again, ‘over centralisation of power is inimical to liberty’. Yet we cannot blame the EU for all our woes. Much over regulation in the UK is self inflicted, sometimes initiated at Westminster, often in Brussels gleefully gold plated by the Whitehall civil servant. A class hated by Salisbury.

Lord Salisbury was a laissez faire capitalist, unlike the modern day conservative who is a mercantilist, the two are sometimes confused by the modern economics graduate who is no longer taught the difference. ‘All parliament can do is to free the energies & support the efforts of an intelligent & industrious people’.
Can anyone imagine a modern conservative minister uttering those words?
The implication he is surplus to requirements!

One might wonder what the great man might have made of the great High Speed Rail scam.
Albeit the quote was in a debate on leasehold reform but, ‘I can see no reason to force A to sell his property to B simply because B wishes to have it’.

The modern conservative believes it is the roll of his government to tell us how fat or thin we should be, how much sugar we should consume, what we should drink, how much exercise we should take, or if we should smoke. A quote remembered by his daughter, ‘no one has the right to prevent anyone else from getting drunk’. He is quoted in the 1860s in support of Mr. Punch’s “the anti meddling in other people’s business Society”

One could do worse than remember Calvin Coolidge 1920s US President, when asked to summarise his presidency. ‘I hope people will remember me for minding my own business’.
A much underrated president indeed. I cannot resist quoting the fabulous Dorothy Parker on the death of Coolidge. ‘Calvin Coolidge is dead’ her response ‘how could they tell?’

Note how today ‘the expert’ is held in great reverence. Climate change, economics, health. Salisbury had a healthy mistrust of them all. He knew like the man on the Clapham Omnibus ‘I am generally disposed to find them wrong’.

Over one hundred years ago there were considerably fewer government inspectors.
Hence the great success of the industrial revolution, which in today’s world would be stifled by the man from Whitehall or the Town Hall, even worse the quangocrat who operates totally outside the principles of English law. An ‘enabling act’ of some description and they enjoy power similar to the old Stasi, East German secret police. They make their own rules, adjudicate on them, fine transgressors then keep the money! They are subject only to judicial review, in short, did they follow their own rules, nor are the rules fair or reasonable. No ‘man on the Clapham omnibus’ to please with the all powerful highly paid & pensioned quangocrat.

Lord Salisbury 1871 ‘I have a profound distrust of government inspectors and am generally disposed to find them wrong’.
I wonder also what he would have made of crash helmet law enforcement, ‘it runs counter to the time honoured right of the Englishman to take any risk he fancies’, in a debate on regulating pleasure cruising.

The European Union, aided & abetted by the British government have convinced themselves that the consumer is somehow retarded and needs the protection of politicians & bureaucrats to save them from themselves.

‘It is not the duty of the State to teach people the common-sense precaution of making proper enquiries before they parted with their money’.
As the western democracies lurch further to a bizarre confederation of Puritanism, heresy laws & licentious behavioural endorsement, the modern Conservative party might do well to ponder this quote ‘on general grounds I object to parliament trying to regulate private morality in matters which affects only the person who commits the offence’.
Pick the bones out of that one!

Quoting from the Saturday Review he might offer the current Chancellor & BoE Governor this sage advice ‘it is almost as bad to stimulate prosperity as to depress it by artificial means’ what would his lordship make of the government printing £300 billion in Quantative Easing.
Almost no week goes by when this government doesn’t advance some reason for expanding their remit over industry, admittedly much is driven by the EU but not all. It would be easy to simply excuse this interventionist behaviour by reflecting politicians & bureaucrats have no experience of commerce. Of course they don’t, nor is that an accident. Politicians & civil servants made a very specific decision at university to avoid commerce. They are therefore totally ill-equipped to legislate for it.
Ironically you will hear this quote in any working man’s pub outside London, or something very like it.
Lord Salisbury Associated Chambers of Commerce March 1891 ‘Parliament is a potent engine & its enactments must always do something, but they very seldom do what the originators of these enactments meant & therefore most legislation will have the effect of surrounding the industry which it touches with precautions & investigations, inspections & regulations in which it will be slowly enveloped & stifled’.

Indeed Salisbury was convinced of the inherent incompetence of bureaucracy ‘Whitehall (now read Brussels) will create business for itself as surely as a new railway will create traffic’.
His dislike of Prussia was based on its ‘despotism of officials’. What would he make of modern Britain? A jack in office behind every lamp post & tree.

‘That mania for paper piling which is the endemic pest of the British Departments opens endless temptations to pedantry & circumlocution’.
For those who have not read Charles Dickens’ brilliant essay on circumlocution written at this time do so, funny & terrifying at the same time.

My second essay on Lord Salisbury investigates his wisdom on tax & foreign affairs, which he ran personally. Particularly his struggle with Russophobia, as prevalent today as it is irrational.