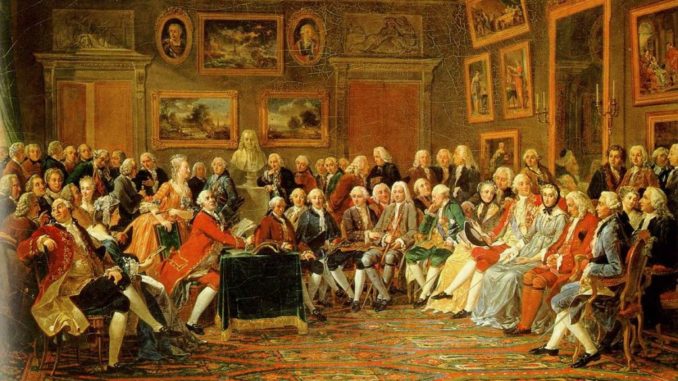 We seem to be desperately retreating from the age of enlightenment where science was based on evidence & philosophy drove social progress. My main comment on my Twitter Feed now is ‘the madness continues’. The most extraordinary reactions from politicians , journalists, bureaucrats, clergy, businessmen & the general public manifest themselves everyday. Risk assessment, critical thinking, commonsense, data analysis have all but been abandoned. Fear, hysteria, bigotry & meaningless iconoclasm rule politicians & press alike. In recent years personal friends of long standing have succumbed. I have spent many hours reading up on psychology recently to see if I can find some answers, yet I always end up with more questions. I know I am not alone in this dilemma but we seem so few. Such evidence I can find seems 30% of the population believe everything they are told by the State, 50% go with the flow & only 20% ever dissent. This works for generations until one day there is an eruption, a revolution if you prefer then the status  quo returns in a mutated form.

Humour me if you will as I list everyday examples of total irrationality, not in any order of any priority but you will get the drift of my frustration.

England is the most crowded piece of real estate in the industrialised  world, southern England by a big margin. There are far too few schools, houses & hospitals to cope with the indigenous population, yet we escort illegal immigrants from France in their thousands each week, accommodate them in hotels, give them spending money & health care at the expense of taxpayers. They come on board British patrol & RNLI boats. Most are single young men from a deeply alien culture whose assimilation is nigh on impossible as events in Sweden have proved. Why has the Royal Navy not been mobilised to tow them back to France? Such a fundamental question.

With over fifty free view TV channels how can there be a moral justification for imprisoning citizens who don’t want it, don’t watch it & don’t trust it? Yet millions of people just pay. I have a chum otherwise sensible who has a flat in a gated community which he rarely visits but still pays the BBC tariff although he never watches it. I suggested he cancelled his banker’s order & he just looked like a startled rabbit. He is one of millions.

There is no medical scientific dispute that covid recovery is circa 99% in healthy under 70s. What kind of risk assessment did people make therefore to chance experimental treatment? Why is the NHS still pushing it when the dangers are well understood? What kind of parent voluntarily  exposes their children to pharmaceutical experimentation?

How could ANYONE imagine social distancing or a piece of cloth over your face could stop a respiratory virus from getting in to your system? I have friends & neighbours otherwise sensible who sat in their freezing  gardens wearing masks on Christmas day sharing a drink with family visitors. I saw people in pubs slip their masks down to have a drink put them on to walk across the room. I saw people on the beach at Bridlington wearing face nappies. I have GP friends of long standing who simply won’t engage on the Pfizer document exposure, shamefully ignore their hippocratic oath, friends & neighbours hitherto healthy suffering myocarditis post jab yet totally in denial of any association. Cognitive  dissonance in spades, but why? (See godfreybloom.uk/your-health/)

We have politicians & journalists in complete denial that decades of green politics has given us an energy crisis. It seems it is all Putin’s fault. The blame is always with some else. Even now net zero is the goal. Just examine the unchallenged facts. Atmospheric CO2 is .03% ;  man made contribution is estimated at 3% of that, Britain’s contribution is circa 1% of that. Surely a child of eight years old with a pocket calculator could see the pain of net zero is futile & absurd. Even if one excepted the hypothesis that man made CO2 will boil the planet, of which incidentally is no serious independent scientific evidence. (See godfreybloom.uk/climate/ for in depth analysis)

Check out the Minoan, Roman, medieval warm periods, the mini ice age, for thirty years we have suffered this nonsense, yet there is no data showing a correlation with atmospheric CO2 & global temperatures. Save some evidence increased atmospheric CO2 FOLLOWS global warming.

We know wind turbines aren’t ‘green’ or the unbelievable nonsense of electric cars (see full statistics godfreybloom.uk climate) yet I have an old friend who is a judge, he believes fossil fuels should be banned tomorrow. This man is otherwise intelligent, he is a judge, paid to assess evidence! But rational thought is abandoned in the climate debate. Emotion takes over. Did you know that since the Pleistocene age atmospheric CO2 is at an historical low? You would if there was an open scientific debate, but you just get Royals, celebrities & political activists calling the shots. There are thousands of independent scientists who oppose the whole climate emergency rhetoric but they NEVER appear on your TV screen.

£160 billion per year, a bottomless pit. 1.2 million employees but 600,000 have no medical qualifications at all, what the hell do they all do? Procurement policy is virtually criminal. You could buy a mattress identical to the ones the NHS buys cheaper on line, I know, I have family in the business. Try & criticise the NHS around a middle class dinner table, prepare for an irrational & emotional response, people bandy the words ‘free’ treatment. It works out at £2,300 pa for every man woman & child, it ain’t free.

Your Generous Donations To Foreigners

£1 billion per month in overseas aid, most of which is unaudited.

£3 billion to Ukraine (one of Europe’s most corrupt countries) for war material bought from the United States. A war triggered by the & US military industrial complex & CIA. (See godfreybloom.uk/blogs/ The Russian point of view) Lord knows the damage & cost of the west’s suicidal sanctions policy. Shouldn’t our efforts be brokering a peace? Such is the power of CIA propaganda people fly blue & yellow flags with no idea of the causes of the conflict. (See godfreybloom.uk/blogs/ propaganda)

Why Does The Government Hate Cars ?

We all have a car, apart from living in a big city they are essential for travel freedom. Relentless suppression of private transport is fostered by those who have ministerial cars & chauffeurs. The establishment hate us flying but travel everywhere in private jets.

Why are the millions of cyclists who contribute nothing allowed to use roads for travel & recreation with no insurance or identification? Why does the revamped Highway Code give them  special privilege?

Why is criminal damage by eco fascists tolerated ?

Why are police so tolerant of their anti social antics, yet Tommy Robinson is hounded for exposing perpetrators of sex crimes? Why the massive cover up at every level ?

Why one wonders are TV journalists so appalled for arrest of some public order offenders & not others? Arrest for anti Royal protesters is bad but  Christian preachers or anti lockdown protesters in Hyde Park arrest is acceptable ? (See godfreybloom.uk/ blogs/ police)

Why are all adverts on TV depicting black or mixed race families? Mixed marriages make up only 2% of British marriages yet 100% screen families are mixed. Why are actors & commercial scripts based on skin colour? How is it legal for the military & BBC to recruit on ethnic backgounds?

How can Christianity be lampooned & Islam sacrosanct in media comedy?

Why was Charles as Prince of Wales & the Archbishop of Canterbury allowed a free political run counter to the constitution?

Why is kneeling in reverence in memory of a criminal hooligan by all accounts a disgusting human being simply because his skin is black. (BLM) Doesn’t your blood boil when you see British sports teams kneeling in memory a criminal recidivist ? It bloody well ought to.

How can it be the leader of HM Opposition cannot answer the question’what is a woman?’. How is it hairy men can turn up to compete in women’s sports events because they ‘identify’ as women? What happened to us that we accept this total crap ?

Why has Exeter Chiefs Rugby Club kow towed to a fatuous complaint from a native American that their logos are cultural appropriation. The big question is what kind of spineless individuals make up its committee ?

HOW CAN JULIAN ASSANGE STILL BE LOCKED UP CONTRARY TO ALL THE PRINCIPLES OF ENGLISH LAW? WHERE ARE THE JOURNALISTS NOW?

I have delved in to Kant, Ioannidis, Mattias Desmet (read him) Arthur Shapiro, James Gleico, Hannah Arendt & others, I even dusted off my Bertrand Russell.

I fear I cannot explain the hopelessly irrational behaviour of the middle class who run the most of world government & media.

Many of my friends & fellow professionals seem to have completely lost any perspective.

I remain bewildered. Do you?