This is a good website to add to your Internet reading Civilian Intelligence Network
https://tinyurl.com/47merc4a

There is an abundance of research pointing to an autoimmune component in both the “infected” and the “vaccinated” with symptoms similar to HIV infection. Breakthrough infections are also becoming more common in the vaccinated populations with a symptoms picture resembling that of HIV seroconversion. We propose that the vaccine itself contains an active HIV component and that “Breakthrough infections” are “HIV seroconversion.”

Gain-of-Function Experiments: TheSARS-CoV-2/HIV-1 Story
What is HIV seroconversion? After a person contracts HIV their immune system begins to develop HIV antibodies in a process referred to as seroconversion; the period during which these HIV antibodies first become detectable. Most HIV tests check for the presence of HIV antibodies, so if a person who has contracted the virus takes a test before seroconversion begins, the result will usually be negative. The length of time between first contracting HIV and developing detectable antibodies can vary because everyone’s immune system is different. Most people usually develop detectable antibodies within 3-12 weeks of contracting HIV, others may take up to 6 months.

During seroconversion, a person may experience flu-like symptoms, such as a fever and body aches. Symptoms usually last for around 14 days but they can last for months. Some people experience no symptoms during the initial stage of infection. Symptoms of seroconversion may include:
fatigue
fever
sore throat
headache
body aches
swollen lymph nodes

Where ae we going with this? Since the new Delta variant has emerged the data shows that there have been more cases of SARS-CoV-2 infection in vaccinated people than unvaccinated people. A new study by the U.S. Centers for Disease Control and Prevention showed that three-quarters of individuals who became infected with COVID-19 at a public event in a Massachusetts County had been fully vaccinated.

Medical authorities referred to these as “Breakthrough Infections” in which a vaccinated individual becomes sick from the same illness that the vaccine is meant to prevent. Simply, they occur when the vaccine fails to provide immunity against the pathogen they are designed to target.

Among the fully vaccinated persons with breakthrough infection, 79% reported cough, headache, sore throat, myalgia, and fever starting within 14 days to 86 days (12 weeks) after completion of the final vaccine dose. Does this sound familiar? The same onset of symptoms and time frame that one would expect to see with HIV seroconversion.
Fig 1 https://www.cdc.gov/mmwr/vo…

Why is this significant? What the CDC failed to make public was that within that cohort, “A preliminary analysis matching cluster-associated COVID-19 cases with the state HIV case surveillance data identified 6% cases with verified HIV infection.”

In the United States HIV infection affects only 0.36% of the population. Why is there then a rate of 6% HIV positivity in this cohort? A rate that is 17 times higher than the National average? Since it can take anywhere from 3-6 months to determine HIV status, we suspect this rate will rise within over the next few months in vaccinated individuals.

Breaking: HIV Confirmed in Vaccinated!
Are there other studies that support this theory? In an Australian coronavirus vaccine study, the vaccine was abandoned after ALL trial participants tested positive for HIV. Vaccine recipients were generating HIV antibodies. The trial coordinators were forced to shut down that study but claimed that they were all false positives for HIV. How was this even possible? Fact: There were HIV Antibodies present meaning all the study participants were either previously infected with HIV (highly improbable) or injected with a vaccine containing HIV genetic material!
In another recent study, scientists reported newly diagnosed HIV infections in patients with COVID-19. The first case of co-infection human immunodeficiency virus (HIV) and SARS-CoV-2 was reported in Wuhan, China, with the spread of the epidemic, subsequent cases have been reported in Italy, Turkey, Germany, USA, UK, Spain, Uganda, Japan and other countries Why are these co-infections occurring at the same time?
Fig 3 https://bmcinfectdis.biomed…

We believe that the SARS-CoV-2 virus contains HIV inserts as initially proposed by a research group in India in a research paper that Dr. Anthony Fauci & Company tried to bury! In a recent CIN review we proposed that both the SARS-CoV-2 virus and the viral mRNA vaccine were the products of “Gain-of-Function” experimentation that combined the genetic components of several viral micro-organisms to produce a bioweapon with increased transmissibility and autoimmune dysfunction similar to HIV:
SARS-1 + MERS(Airborne) + HIV (Autoimmune) = SARS-2
Long-Covid or HIV infection? A lot of these reports indicate that these infections result in long-term complications suggesting an autoimmune component to the vaccine itself. Similar findings have also been documented in unvaccinated individuals that were infected with the virus. “Long-Covid” refers to a set of symptoms such as severe fatigue, brain fog, headache, muscle pain and sleep problems, that can persist for weeks or months after the active infection has ended.

The syndrome is poorly understood, but studies suggest that up to one third of adults who have breakthrough infections post vaccination or those directly infected may experience “Long-Covid,” including those who experienced only mild illness or no symptoms at all. We propose that this “Long-Covid” is none other than the development of HIV dependent AIDS!
Fig 4 https://www.nejm.org/doi/fu…
fig 5 https://www.bmj.com/content…
fig 6 https://www.salon.com/2021/…
fig 7 https://www.nature.com/arti…
fig 8 https://www.nature.com/arti…
fig 9 https://www.healtheuropa.eu…
HIV Seroconversion or ADE? There are those that argue that “Breakthrough infections” are the result of ADE or Antibody Dependent Enhancement that occurs as a result of the vaccination process itself. How does ADE work? Post-vaccination antibodies generated during the immune response can recognize and bind to a pathogen (SARS-CoV-2 or a variant), but they are unable to prevent infection.

Instead, these antibodies act as a “Trojan horse,” and allow the pathogen to get into body cells causing infection. Furthermore, there is also the belief that variants are arising now because the virus has developed immunity to the vaccine, similar to antibiotic resistance encountered by bacteria, and has mutated making the vaccine less effective.

First, although ADE is possible, Phase III clinical trials are designed to uncover frequent or severe side effects before a vaccine is approved for use. If the Pharmaceutical companies followed protocol then ADE cases would be at a minimal. But hey, these are the same people culling the population right now so count this out.

Viral loads of breakthrough Delta variant infection cases were 251 times higher than those of cases infected with old strains and explains the high transmissibility of these Delta variant. In addition, there were low levels of vaccine-induced neutralizing antibodies comparable to what one would see with “HIV seroconversion.”
fig 10 https://www.jhsph.edu/resea…
fig 11 https://papers.ssrn.com/sol…

Third, There have already been countless studies attesting to the “stability” of the SARS-CoV-2 virus. We propose that there there are no new “external variants” and that the vaccinated themselves are producing these “variants” directly through vaccination! In HIV-infected individuals, the HIV virus is merged with the DNA within body cells and easily mutates producing “HIV variants” and thus making vaccine development almost impossible.

What they are calling Antibody Dependent Enhancement (ADE) while it may be happening, we believe “HIV seroconversion” is the main mechanism of infection whereby the vaccinated themselves have become both the “variant generators” and the “Super spreaders.” Whereas ADE depends on a virus for infection, the jab itself is the infection, the variant and all future variants! We propose that any future “new variant” is likely being produced by the HIV viral component delivered via the mRNA vaccine that is now mutating within the body of vaccinated individuals. Essentially this bioweapon is capable of generating variants similar to HIV infection; the vaccine itself is “Variants-R-US!”
SARSCoV2 Does Not Mutate! Talking Heads spreading conspiracies about COVID19 “variants”.

What is the CDCs position on Breakthrough infections? As of May 1st, the CDC stopped collecting data on “Breakthrough Infections” unless people are hospitalized. You see, if you don’t count the “Breakthrough infections,” they don’t exist! Data manipulation is an excellent strategic move by the NWO! Now they can push for more vaccines and start the finger pointing on the unvaccinated as carriers of the disease. Let the shaming begin!
Fig 12 https://www.propublica.org/…

What will be the outcome? The NWO has created the ultimate bioweapon along with the science to back up their narrative to push for more vaccines.
The Bioweapon: The instability of the HIV component within the vaccine itself which can integrate with the human genome will lead to more future variants and the increased viral loads and transmissibility will only allow the virus to easily spread within populations to include the unvaccinated; the vaccinated have become the super-spreaders!

The Science: Low antibody levels will undoubtedly support the push for more vaccinations through booster shots in order to prevent the spread of infection; an infection that the NWO themselves have created. This will not end until they achieve their desired kill rate!

Dr. Shawn Brooks explains the mechanism but points exclusively to Antibody Dependent Enhancement as the mechanism. He does include the HIV component within the vaccine but does not elaborate on the importance of “Breakthrough infections” which are integral to the mechanism of infection, spread of infection and variant formation itself. Regardless this is an excellent summary! https://tinyurl.com/veum9jv8 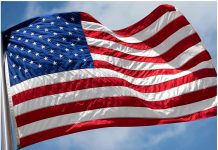 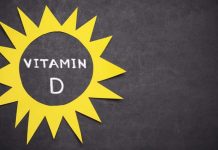