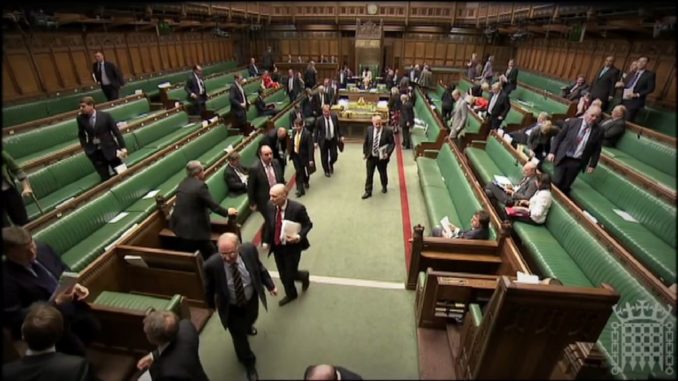 Most problems that blight the lives of ordinary folk are caused by politicians.

In a democracy one might suggest this is counter intuitive, but democracy has mutated since its  Athenian concept so drastically it has driven a wedge between politicians & those who elect them. The original concept of democracy was that those citizens enfranchised had a direct stake in the country. Our American cousins call it ‘skin in the game’. This concept has long been abandoned by a much misapplauded development of universal suffrage. In Britain you get a vote at eighteen years of age, regardless of your financial contribution to society. This inevitably leads to an deep rooted  system of political bribery to those voters at the expense of their neighbours.

Let me give an example with property tax at local government level. Only householders pay property tax, sometimes in England referred to as rates or council tax. On average therefore there are four people to one actual payer of the tax. Corporate property tax payers have no vote at all. Let us look at a shop keeper with a thriving business who has a nice house in the vicinity. He might pay £15k pa for his shop & a further £3k pa for his house. He contributes £18 k pa to the Town Hall. His neighbour has a wife & two adult children, they are on social welfare. That is four voters who contribute nothing, the ‘useless eaters’ of whom Klaus Schwab of  the World Economic Forum despairs although one might concur families that live from decade to decade on welfare are so described so we would conclude are diversity officers in hospitals & climate consultants at the Town Hall. But  welfarism defeats Darwinism so their is no natural cull, no survival of the fittest.

Election time arrives & the Red party proposes an Olympic size swimming pool for the borough. Very popular with the majority of voters because to them it is free. Imagine a night in the pub with only one chap in four contributing to the whip !

The exponential growth in the public sector is unstoppable. In Leeds there are I gather 30,000 public sector employees on guaranteed salaries, usually unsackable enjoying index linked pensions, unaffordable in the private sector. Any party suggesting reform of the public sector loses 30,000 votes before the campaign starts. Out of control State spending is therefore built in to the system, encouraged by state broadcasting a major recipient of tax payer largesse.  Salaries at the top of public institutions are eye watering.  Hence the £3 trillion national debt. Far too few people have ‘skin in the game’. The original Athenian concept is permanently thwarted.

The British National Health Service employs 1.2 million people devouring £130 billion each year. Yet only half of these employees have any medical qualifications. It is not fit for purpose but reform is impossible, it is a national icon, but threat of serious reform would wipe a million votes off any part that advocated it, so it stumbles on. In America the military are accorded the same iconic status, one trillion dollars a year for a monster military regime protecting a country in absolutely  no danger of invasion. The money is of course borrowed.

The poison in the modern political body is the ludicrous adherence to the political party system. In America & Great Britain you vote red or blue. Most democratic countries are the same perhaps with marginally more options, they might get red, blue & green. The point being any retarded ego maniacal sociopath wearing the right rosette can get elected, as indeed they do. The end result is not democracy but rule by an elite cartel. Naturally it means you never meet anyone in the pub who thinks the government is any good, regardless whether it is red or blue or green with pink & blue spots (the current Johnson government). The electorate has to vote, if they vote at all, for the least dishonest, stupid or insane candidate; increasingly difficult.

This phenomenon plagues every generation.

My grandfather served  with the Royal Horse Artillery in the Great War, he was badly injured albeit not totally incapacitated on the Messines Ridge in 1917. He was dragged in to a futile & pointless conflagration at eighteen by weak minded politicians which cost the lives of three million young men of the British  Empire, a further three million mutilated, worse the cream of the country’s youth.  He came back to suffer from a depression caused by idiot politicians globally with no understanding  of economics or geo political strategy.

The whole thing kicked off again in 1939, my father was an RAF pilot, my mother a WAAF. In 1945 a bunch of totally freak politicians under Clement Attlee made such a dog’s breakfast of the economy Germany & Japan who were supposed to have lost the war overtook us in two decades. This culling of the nation’s best young people has reduced the country’s IQ, a mainly inherited phenomenon over the past hundred years. Wars reduce individual  freedoms, increase the power of the State & dumb down the nation.

In my own humble way I battled for the United Kingdom’s freedom on two fronts. The first as a cold war army logistics officer with 4th Armoured Division in Germany & occasional appointments with specialist forces. The geo political threat then being the Soviet Union, incidentally long gone, somebody tell the US military industrial, congressional complex.

The second a twenty five year Brexit battle to return self government to Great Britain, re establish our links with our true friends in the Commonwealth & promote global free trade.  Britain & its allies won the Cold War & secured a rather watered down Brexit, yet these modest triumphs are already being squandered by incompetence & intellectual corruption  on an epic scale.

However I am beginning  to  understand my grandfather & father’s sense of political betrayal, the  last fourteen months has astonished me.  Ponder if you will the government’s response to a virus no more severe than that of  1957/8  & 1968. With a recovery rate amongst the healthy under 75s of over 98%, no child deaths & very few under 65 (see Office of National Statistics) yet the imposition of martial law, limitless police powers, the abandonment  of the genuinely sick by the fearfully expensive NHS, suspension of parliamentary government, a coach & horses driven through the principles of English Law & the 1688/9 Bill of Rights. A supine main stream media never challenging faux State scientists of whom Eisenhower  warned us in 1960 in his retirement speech.  For two decades now all mathematical  projections issued from academia via State sponsored scientists have been wrong. Neil Fergusson (Imperial College London) is surely the patron saint of statistical humbuggery, always wrong yet never off our screens. The Americans have Dr. Anthony Fauci.

The betrayal now matches that of post Great War Versailles & 1945 British khaki socialism. Censorship now matches anything in our recent history, on MSM or social media. Free speech has virtually disappeared, weird new laws based on subjective analyses incomprehensible to a modern jury condemn Magna Carta, the 1688 Bill of Rights & Toleration Acts to the tomb. Habeus Corpus is suspended for those who challenge the status quo, the current appalling example being Julian Assange.

The dumbing down of the educational system & the catalyst of sophisticated propaganda has coerced a gullible cowed nation to supine compliance, culminating in a proposed ID system wholly un British & alien in concept. All apparently for our own benefit, astonishingly supported by both left & right wing popular paper journalists (Hodges Daily Mail, Kevin McGuire Daily Mirror & others) countered it seems by the lone voice of Neil Oliver on GB News.

I have travelled the world, visited every continent & enjoyed freedom pretty much as an Englishman would expect of his birthright. It is disappearing in front of our eyes. A new normal is available to those who succumb to experimental gene therapy which even the pharmaceutical  companies admit they don’t comprehend. (See the Moderna pre jab information  leaflet) Such is the demise of the British intellect no risk is too great it seems for the annual sunbed in Spain.

It is NOT a good time to be young, will Her Majesty sign off a vaccine passport totally contradictory  to her coronation oath? (To govern  us according to our laws).

‘She signs anything  her ministers put in front of her now’.