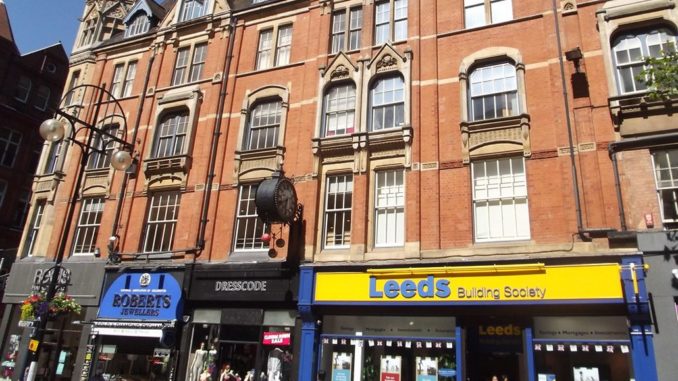 I offer some additions to the excellent work by Pat Barron & Emile Woolf old libertarian comrades, also excellent work by Alasadair MacLeod of Gold Money on their platform. They are at the cutting edge of reset banking post the inevitable forthcoming crash.

Welfarism was but a sinister foetus in 1911 Britain, it came to is awful adulthood in 1945 before morphing in to the obscene voracious monster we see today. But we did not have to go down this morally bankrupt & degrading route, in the 1700s the concept of mutual help was formed to reach a pinnacle of 27,000 registered societies by the turn of the 20th century.

The general idea was based on the principle of insurance, with the concept  of uberrima fides at its heart. A few pennies a week for protection against ill health, death or hardship. Self reliance & dignity were at its core.

There were  some grand institutions by the early 20th century, The Scottish Widows, Scottish Amicable, Scottish Provident, Halifax Building Society & many others. I worked on the investment side for the National Mutual & Provident Mutual in the 70s & 80s until their demutualisation, a wicked act of financial vandalism.

They became limited City financial companies with all the ghastly baggage associated with the genre.

Pat Barron explained in his recent piece on this platform how the Achilles heel of modern banking are fractional reserves, casino style investments, futures if you will, accompanied by the greatest of all confidence tricks, fiat currency. The game is up as share prices in European  banks demonstrate.

But how can we rebuild?

With friendly societies members who participate know the investments made by the society’s board are subject to its articles of association, the old building societies with their illustrious historical names lent money to assist members buy a house. The loan therefore was asset backed. A real asset not a car loan, trailer park or monetised junk debt. A deposit was required of the member, therefore not 100% of the asset. A margin of error, usually 10%.

Not fool proof against loss, all deposits even under the old system carried a degree of risk but minimised as far as possible.

Beware of those who offer a zero risk solution in finance.

Domestic property therefore could take a 10% hit & the institution would still be solvent. Look at the Basle III requirements today, a 10% fall in assets would wipe out European banks, this is reflected in share prices. Given nobody even understands or can quantify shadow banking risk.

Mutual societies look after members, indeed the original Beveridge report for post war social care was based on the friendly society principle. It was never originally conceived a non member (ie someone who had not contributed to a weekly stamp) could benefit from the NHS, have a pension or social entitlement.

Today Britain supplies social care to anyone who asks, foreign nationals included. Banks lend money without asset backing, the tax payer is the unwilling guarantor of the bank, the banking system is politicised.

There is no solution without sound money. Paper money manufactured by central banks for their political masters & thus deliberately degraded, State borrowing is out of control. Elections are fought without any debate on government debt.

Indeed politicians vie with each other to promise more spending. The electorate is bribed with its own money.

But friendly societies cannot work without market rates of interest they rely on savers as well as borrowers.

Who wants to save money at 1% interest pa when inflation is at 10% ? Maynard Keynes persuaded politicians to fix interest rates below the market rate & print money where it was wanted for electoral purposes, the system since 1945.

Money becomes increasingly devalued. When Nixon in 1971 took the dollar off the gold standard (an apparently ‘barbaric relic’ according to Keynes) the purchasing power of the 1971 $ is now 6 cents.

The west must get back to hard money without which there can be no long term solution. Legal tender laws must be abandoned in the same way Britain abandoned the Corn Laws in the interests  of ordinary  working people. They are an anachronism. State spending must be drastically reduced, wars stopped.

Sadly the international debate has not yet started. Very few people are even considering the question, never mind the possible answers.

The World Economic Forum agents perhaps do, or at least a few. (U’You will own nothing & you will be happy’ Klaus Schwab)

Those not holding real assets I suspect will end up owning nothing.

I doubt they will be happy. 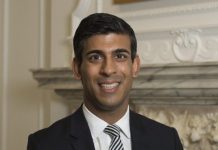 An Open Letter To The Chancellor