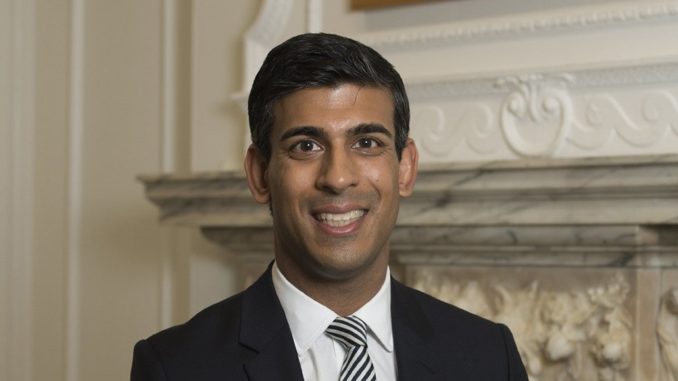 The government reaction to the Coronavirus pandemic hypothesis has bordered on hysterical, but we are where we are & the unprecedented national debt is estimated at over two & one half trillion pounds sterling. This is a conservative estimate because your treasury department do not present its accounts under International Accounting  Standards. If it did liabilities for public sector pensions & public funding initiatives would be a legal requirement, published under these standards as all British limited companies are required to do the national debt would approach over 200% of GDP, one of the highest percentages in the world’s industrial economies.

It seems since your inauguration as chancellor you have no in depth understanding of money, banking or the implications of an out of control national debt. I intend to outline here how this debt came about, the culpability of financial journalism & the urgent steps you can take to rescue the situation, although there is no quick fix for decades of financial mismanagement under both main stream political parties.

It is necessary to understand the Coronavirus phenomenon has not caused this financial global crisis, it was inevitable in the western democracies, Coronavirus policies have simply accelerated the demise of generations of Keyensian government behaviour. In short it suits democratic governments pursuing welfarist agendas, with a limited goal of short term re-election to encourage belief in the electorate, mainstream media & academia that somehow the State is immune from the financial disciplines that govern the individual, family or corporations. Simply put that any individual or institution can continue to spend more money than it earns ad infinitum.

Governments can only spend money they have acquired by utilising three methods. It can borrow, tax the wealth creating sector or print fiat currency.

It seems you are considering raising taxes to cover decades of lax fiscal control. UK tax overall in 2020 stood at its highest in fifty years. Increasing the tax burden will not raise more revenue. It suppresses wealth creation & leads to capital flight, it is therefore not an option. Any junior treasury intern will supply you with enough post war historical data to support this so I will not elaborate here, although the need to remind you of sixth form economics is unsettling.

You can borrow, it is an option. However this option is not an infinite resource. The debt needs to be sold & serviced. A nation offering its bonds with debt already at an historic high, with no conceivable hope of repayment & at interest rates of one third of real rate of inflation is unsustainable. Domestic purchases may be coerced by pension or life assurance legislation on a short term basis but actuarial disciplines also have legislative implications. Although this is an option it is unrealistic in anything but the very short term & then only with serious fiscal reform.

Your third & politically much favoured option is to print currency. The reason it is politically favoured is because it kicks the can down the road & the currency degradation is slow enough to fool the gullible electorate that they have enjoyed something for nothing, the political snake oil of the charlatan down the ages. But then you are ex Goldman Sachs, you need no guidance from me on this unsavoury behaviour.

However the QE (counterfeiting if you prefer) solution is beginning to unwind. Leading global fiat currencies have fallen against gold by 80% this century alone. Asset price inflation will inevitably move from Wall St. to Main St. This is when the gullible punters on the High St. realise they have been conned. When the shopping basket costs twice as much, filling the fuel tank breaks the bank, a pint goes to £7, the spectre of the 70s return with a tin of beans carrying five or six price tags as they inflate daily. Currency printing degrades the pound in the punter’s pocket & re-election becomes an unattainable dream. The Yankee dollar is dying now, gold & bitcoin continue to become the wealth preservation play.

The secret of a successful economy has few regulations & low tax. It is a proven formula for success.

It is deeply disappointing a conservative government needs reminding of lessons learned way back in the eighteenth century.

‘all governments even within a state, becomes tyrannical as far as it is a needless & wanton exercise of power, or is carried further than is absolutely necessary to preserve the peace or to secure the safety of the state’ Richard Price 1776.

‘the role of the government is to facilitate the natural entrepreneurial expertise of the people’ Lord Salisbury 1891.

You are part of a government which regulates supermarket check out counters! You have totally lost your way.

Let John Cowperthwaite’s post war Hong Kong laissez faire economy be your guide. A territory with no natural resources save its entrepreneurial people & a natural harbour.

As you sit in Downing St. surrounded by journeymen Treasury advisers devoid of original ideas, intimidated by your cabinet & back bench neo socialist new conservatives I suggest you cast them out of your temple & lead the economy out of the quagmire of your own making before the knives sharpen for you. Resist the temptation to replace Brussels micro management with Whitehall.

None of this is possible without the first serious attack on government spending in living memory. The last balanced budget was in 1989. This is as outrageous as it is unnecessary. It is a result of a loss of vision as to the role of the State. The family, which is the most effective economic institution in history, is managed by the application of common sense. Embodied usually by a matriarchal figure who knew how to balance a budget often through times of appalling hardship. It seems today in our wondrous modern economy that almost any Yorkshire housewife could run the British economy more sensibly than recent chancellors. You simply start with a template of a hierarchy of needs.

What are must haves, nice to haves & outright luxuries? When debt is out of control only must haves can be listed. Must haves are the role of government by definition. That Yorkshire housewife would write must haves just food & rent, children’s new clothes a nice to have. If she were in debt there would be no luxuries.

You must therefore cut government spending to rescue the economy. I once appeared on The Politics Show with Andrew Neil, I explained how the national budget could be balanced in under fifty seconds. I do so again here.

The biggest saving of all would be the disestablishment of half the quangos in operation. There are around one thousand & cost about £300 billion pa. The Daily Telegraph & Tax Payer’s Alliance did a major survey five years ago but a new one is required as a matter of urgency. It is inconceivable £150 billion pa cannot be saved here. They will squeal & gnash their institutional teeth, they are run mostly by the great & the good enjoying their post political or academic sinecures, a top up to their already generous pension schemes. David Cameron promised a bonfire of the quangos, it didn’t  happen because he was a weak prime minister. There is no room for weakness now. The calamity is too close at hand.

The public sector is far too big. Moreover index linked pensions are an astonishing luxury for a country with over £2.5 trillion debt. The moral issue is terrifying as this commitment is met by tax payer’s in the wealth creating sector who can only dream of such largesse in retirement. The EU parliamentary non contributory index linked salary was so lacking in morality I refused it when in office. These elite privileges must go.

Overseas aid costs circa £12 billion pa, borrowed money from future generations, most of it unaudited. Immoral on an epic scale.

HSR2. Now is costed at £100 billion. For a railway nobody wants except those sucking at the teat of the public spending cash cow, an abomination.

The net zero carbon dioxide international virtue signal. No cost benefit analysis, no serious debate. No MSM challenge on either cost or man made apocalyptic climate change hypothesis. Faux science on a scale not seen since the Catholic Church crushed debate on the solar system in the Italian Renaissance. The new green tax, which might impress the London NW1 dinner party elite is still a tax on the wealth creating sector which can only further impede overseas investment. Faux fashion green politics has been rejected at the ballot box, it is the enemy of the working class where your political inroads have been so recently made. You have closed their pubs, closing their factories will cost you dear at election time.

You will have to face up to NHS reform sooner or later, later is neither a political or economic option. Everyone clapped on Thursday nights but the failings are now all too apparent. The administration is hopelessly over manned, procurement procedure verges on the criminal & the mantra ‘protect the NHS’ considering the huge budget it enjoys is obscene. The NHS is there to protect us, not vice versa.

£ billions more could be saved simply on waste elimination in the public sector. The Tax Payer’s Alliance has hundreds of examples, Google them.

Expensive, disruptive, dangerous Illegal immigration grows apace with no real attempt to deal with it at all. Move the remit from the Home Office to the Royal Navy. The mission for the senior service on Churchillian terms, short & to the point, let ‘Sink the Bismarck’ be the guiding style of phraseology. No landings on the south coast, a new Dover Patrol under the auspice of a modern day Sir Reginald Bacon or Sir Roger Keyes.

Chancellor, you have a strong working majority, one final Churchillian phrase for good measure,