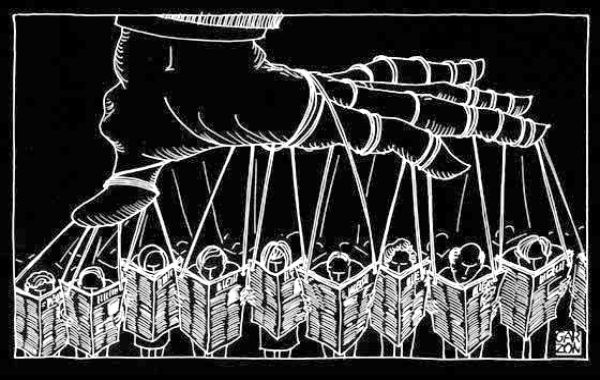 I enjoyed a most enjoyable discussion on the numbers with the informed, articulate & fragrant Rebecca Butler secretary to the Free Speech Campaign, sponsored by Open Dialogus.  As a number crunching nerd myself it is always fun to enjoy a nerd fest with a like minded fellow. Unexpectedly we agreed on much. Few areas of contention on the facts but disagreement on some interpretation.

The Office of National Statistics, The Institute of Actuaries & some of the more senior or specialist international universities are my main sources of data on Coronavirus, also independent medical opinion from established professionals.  I do not use any government or main stream media figures as they are heavily politicised, but I will come to that later. (I accept the ONS is state sponsored). Nor do I accept BMA or BMJ information, they are now unashamed political lobbyists.

As an ex CEO of a life assurance company mortality statistics were my field. But I accept there is a serious lack of useful data regarding  Coronavirus, shameful in itself, forces one down a sometimes subjective path, something all professional researchers hate.

Let me start with the main statistic, the most important of all yet barely ever mentioned in MSM which like government is obsessed with case numbers, a monstrous irrelevance. The Office of National  Statistics confirms the numbers of deaths from covid19 of people with no previous health issues is circa 2000. This is undisputed. But the virus is very nasty & like all nasty seasonal viruses they will hasten the death of the sick. Now the problem is how many have had their lives shortened significantly by contracting the virus? The answer is we don’t really know, it borders on a subjective medical view, which makes it very difficult to quantify. A middle aged man with mild diabetes 2 is lumped in the same public statistic as an elderly man with an advanced cancer,  more finessed statistics are in existence I gather but not in the public domain. Government seems only concerned with raw data which feeds an MSM frenzy of fear culminating in knee jerk State over reaction to placate tabloid style journalism,  the most classic example is Piers Morgan.

To get even a remote handle on the problem we have to turn to blanket deaths & historic data. I don’t mind this because we can learn much from historical data, it is the business of the life assurance & actuarial business. What do we know from such data? Well, excess deaths recorded in 1957, 1968, 1969 were greater,  2010 almost the same as 2020, so let’s kill the ‘unprecedented’ mantra peddled by government & MSM. It simply ain’t.

But we have a new statistical variant to cope with, the dreaded lockdown. This in itself skews case data. The Institute  of  Actuaries, Bristol University  & the Office of National Statistics believe this could be as high as 50%. But again a subjective if educated estimate.

On the Open Dialogus  live stream we did not have time to discuss in any depth the PCR system for estimating infection numbers, yet we do know the architect of the system being used, Prof.  Kary Mullis, the Nobel prize winner is on record as explaining they are disastrously inaccurate & were never designed for this purpose. This has been supported  by Dr. Roger Hodkinson, CEO of the test kit manufacturer,  Prof. Karl Kulldorf , Harvard Disease Surveillance Methods,  Prof.  Carl Henegen, Centre of Evidence Based  Medicine & Prof. John Lee. Yet the whole government policy is based on this flawed testing system unchallenged by MSM or H.M. Opposition. Simply scandalous.

Let us look at the mandatory self isolation protocol. This is having a dreadful effect on NHS staffing levels. Doctors & nurses who have no symptoms, who have been vaccinated still sit at home when they are desperately needed in the front line. The precautionary principle ad absurdum. There is NO evidence the virus can be transmitted by a person with no symptoms even if tested positive. Never mind the probability of false positives even in the sounder NHS testing system which acknowledges  a 5% probable error rate.

I have never spoken to a single trained medical professional outside political appointees who believes face nappies are of any use at all in the prevention of virus transmission. Mask enforcement  simply feed conspiracy  theories, it is a manifestation of  government  control. It is a statement , you will obey, wearing the mask is the response ‘yes massa’.

I move on to the unseen  effects of lockdown.  I am a disciple of the great French philosopher  Frederick Bastiat, master of the concept of unseen consequences. We cannot know the numbers of deaths caused by diagnostic failure, prostate cancer in particular where early treatment saves lives. Too many other examples to list here. What are the mental health issues of lockdown?  They must be enormous the country is akin to a temporary dormant stress volcano.

I live on a Yorkshire small holding, happy marriage, dogs , horses, chickens, acres of land to walk about, tiny friendly village, in short idyllic.  But we are under stress,  the wee holiday cottage stood empty at Christmas,  it was empty most of the summer. We have enough savings to cover the loss but many don’t. Millions of people are living lives of quiet desperation, we don’t all work for the government yet, where salaries & pensions are guaranteed. The British economy has 80% of its GDP in small & medium sized businesses,  it is the wealth creating sector.  Protect the NHS is the ridiculous mantra by government  & MSM, where the hell do they think the NHS budget comes from?

I turn to the NHS. The pressure on the NHS is no different at this time of the year to any other. It has been the same for the last five years. The NHS own figures show this. Google Dr.Clair Craig  for a full national breakdown of the numbers or my website for links.

Let us talk for a moment about the vaccine.  We are being led to believe that the vaccine  has been fully tested, it has gone through all the necessary safety protocols. Well the vaccines haven’t. My website is awash with detail. I am not saying it won’t work or it is dangerous, the point is we just don’t  know. See my video on vaccines. All on my web. The government is talking about lockdowns next Christmas so it clearly has no great confidence, not surprising as the Coronavirus is from the common cold stable.  By the by, a vaccine for a disease with an average recovery rate of 98%. Not for me please, but it is obvious it will become mandatory in the fullness of time. You don’t  have to be psychic to see that coming up the path.

Conspiracy  theories abound , of which there are many. Flight of fancy? Perhaps or perhaps not. Google up the World Economic Forum, The United Nations, International Monetary Fund. Read their ambitions, it is all in the public domain. Certainly no longer just for the swivel eyed now.

Just at the end of my discussion with  Rebecca a listener asked the question ‘how many deaths should be acceptable before lockdown was triggered?’

It was when things started to get fruity.

Let me state here & now, national house arrest, the suspension of the principles of English Law,  the abandonment of our 1688/9 Bill of Rights, freedom of association, government  dictating when we may or may not host our families at Christmas, restrictions  on travel adjudicated by a spotty young policeman. A civil servant or local politician deciding what shops can open, what is essential & what isn’t. Schools & universities  closed, pubs deep rooted in English culture driven out of business  perhaps for ever this is NEVER acceptable

The sheer horror & cruelty  of it, citizens have more freedom  in North Korea.  There can never be any excuse for this, least of all to protect the NHS ramshackle bloated monolith.  WWII cost Britain  300,000 lives, for our freedom from exactly the kind of state control we have now, no it isn’t  temporary don’t be naive.

Compulsory ‘shielding’ is a clever phrase for imprisonment.