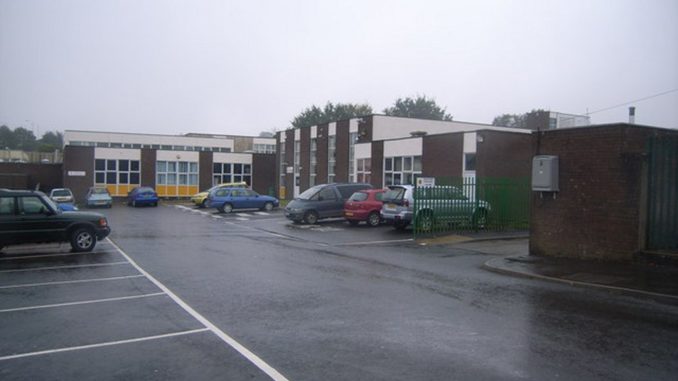 Modern society never it seems these days platforms morality debates. BBC’s Moral Maze went woke decades ago which negates the whole point of a philosophical discussion. I list here a number of moral questions on which the those interested can ponder. They are in no order of priority  & I leave aside any religious morals which come off the shelf & reflect faith or theology which is a separate subject no less worthy of discussion but another day.

The BBC is but one of scores of alternative TV channels, many free, some by subscription. There are many devoted to specialist subjects, from history, art & geography to fashion & cooking. When the BBC began in the 1920s it was the only radio channel available, then later the only TV channel for many decades. Its reputation for truth & impartiality were exemplary, particularly through the war years. The institution has lived on that reputation until the last few decades. The public, who pick up the bill for the BBC has now lost complete faith in the content & balance of its programmes & political editorship. So here is the moral question. Should the BBC have government enforcement of an annual subscription by threat of incarceration? Should a public service broadcaster pay many salaries of over one million pounds per annum, scores of over £200k? Is the BBC an anachronism? Should those who want it not pay for it?

The system of fractional reserve banking, quantative easing & central banking effectively means political support for the whole banking system. Central bankers are selected by the chancellors of the day . They are political appointments. Yet when retail banks fail as they did in 2007/8  they are underwritten by the central  bank, sometimes referred to as the lender of last resort. They are no such thing of course, the ultimate guarantor is the tax payer. So when the banks go under, billions of pounds go missing, bankers pocket their monster salaries, no one goes to prison & old age pensioners, those on the minimum wage & ordinary families pick up the tab. In 2007/8 Britain even underwrote the Irish banks!  Surely this is a moral not financial issue. Especially as the system has not been changed & the next break down is not far away. It wasn’t  a one off rescue.

State education is a post code lottery. There are some very good state schools but the overwhelming  majority are either average or really hopeless. The fact that thousands of parents who are by no means wealthy are prepared to go through unimaginable financial hardship to send their children to private schools. Not to get a net working advantage as one might get at Eton College but simply to get a sound rounded education with access to sport, music or drama that used to be readily available at the Grammar Schools of yesteryear, the alma mater of some of the greatest contributors to British society for hundreds of years. As state school teachers at the time of writing, although at almost zero risk to Coronavirus themselves are at home on full pay. The education system has ground to a halt. Yet there are no rate rebates for parents. There is no choice of school in the state apparatus, your child simply goes to the nearest. There is no tax help for parents who have to pay twice, once for a place in a private school & once for a vacant place with the state. Surely another moral issue?

The NHS, The British Sacred Cow

Not withstanding the dedication of most frontline staff & the great almost religious devotion to the NHS we seem incapable of seeing any flaws in a system designed in 1947. Ponder this, do you drive a 1947 car? Use a 1947 TV? Telephone? Cooker? Refrigerator? Of course you don’t.

Do you expect a service or goods delivered free at the point of delivery in any other sphere than health? Beer? Butter? Cornflakes? Petrol? Chiropody? Veterinary science? Golf? Of course you don’t. Imagine your local pub paid for out of taxation. The beer is ‘free’ at the point of drinking. What would be outcome? What would the beer be like? What would the service be like? Imagine the pub being Hobson’s choice, determined by Postal  District , like schools, take it or leave it. Do you imagine if there was only one supermarket with no competition what it would be like? What sort of car you could get if there were only one make ? Clap all you like it has been the private sector that has stepped up to the plate in the last ten months.

The NHS employs 1.2 million staff, consumes £2,200 per annum, per head of population & yet we have to ‘protect’ it! By the by fewer than half those employed have any medical qualification at all. I know reception, administrators, cleaners & technicians are required but 600,000? All this is a moral question.

I do not intend to crunch numbers here or argue the toss on vaccines or mortality, although my website has an in depth article & debate recording available on the Open Dialogus website or mine (godfreybloom.uk) but the genuine moral dichotomy is martial law acceptable in a free society under any circumstances? Total deaths in the UK for 2020  are in line with the last twenty year average. Covid is not Ebola. But this has to be a moral issue when government  tells us with whom we can spend Christmas.

Thousands of illegal immigrants come ashore ever year, many risking their lives to do so. Mainly young men. No serious attempt is made to either stop them or return them, so they continue  to arrive, with all the expense & problems it entails. This failure is often mistaken for compassion, but is it? Would a tough approach now stop real & increasing risk of disaster in future? Probably the very near future? Another moral issue at present not even discussed,

Greeny stuff has enjoyed the moral high ground for years, Saint David of Attenborough, HRH Prince of Wales, Greta Humbug,  the BBC,  highly paid charity CEOs. Everyone is on the band wagon. Net zero is another financial  disaster coming down the track. No public debate, no MSM dissent allowed on the Apocalyptic Global Warming hypothesis,  long past its sell by date but the cost of net zero in expensive energy will hit the poorest hardest, another moral issue.

The last three chancellors have taken appointments with investment banks. George Osborne has a BlackRock  appointment paying £500k p.a. for one day per week commitment. What favours in office were given for this astonishing salary? A massive moral issue ignored by MSM.

Last but by no means least the great corporate charity scam. When you put that coin in the tin on the High St or sign a banker’s order with a chugger, more fool you, do you realise the CEO of that charity is almost certainly on £150k+ pa. They will claim that top people are needed but they are not top people, Google their CVs, almost none have serious senior commercial experience. They are usually pseudo political appointees.  Moreover top people could be found at quite modest salaries from the ranks of successful entrepreneurs happy to bring their expertise & connections to a charity in exchange for a CBE or knighthood. Some charities are State sponsored  lobby groups. Sadly military charities are no longer the exception. They are awash with cash, millions in fact owing to the unstinting generosity of the British people. Too many now on high salaries to top up already generous pensions. Small local charities struggle with volunteer workers only. Seek them out. Golden rule, never give money to a charity where the  CEO earns more than you. It’s another moral issue.