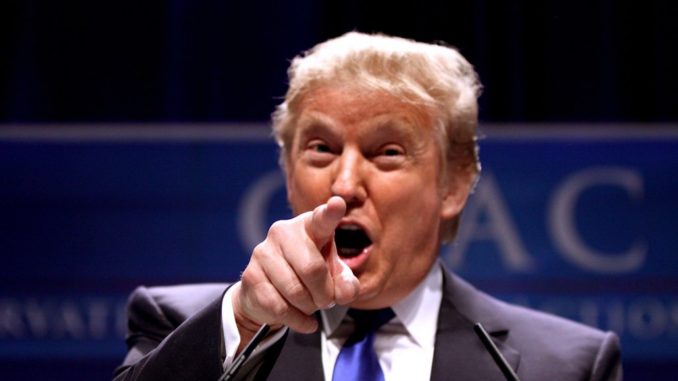 With hysterical MSM reaction to anything Trump I crunched the numbers independently & pondered – how was Trump’s economic record?

In 2016 I was a Trump supporter. This was  based on his manifesto from an economic perspective but also  from an emotional point of view, I loved the way he wound up ghastly American Deep State & MSM both here & in the UK. I suppose on the basis my enemy’s enemy is my friend. He also seemed to be a rare supporter of the politically  abandoned working class, a phenomenon unknown in the UK since the 1980s. As a military strategist I liked his common sense approach to ‘bringing  the boys back home’ & draining the neo con warfare & welfarist Washington swamp. He was condemned as a  populist yet in a democracy a pre requisite for office one might imagine.

First the good news. He didn’t drag the United States into any new wars. The first President not to do so for a generation. He also recognised the great climate change hoax & had nothing to do with it. For this he must be applauded.

But sadly he lost his way. Perhaps unsurprising with global MSM & international  hostility of the global Deep State, or ‘establishment’ as we know it in Britain. Possibly the United States is unreformable. I suggested as much in a previous article for this magazine. De Gaulle once mooted that France with its one hundred different cheeses was ungovernable by definition. Are California, Texas, South Dakota & New York compatible in one federation? I have visited over many years thirty two States, the differences are enormous. In England my county of Yorkshire is so different  from Surrey as to be recognisable only by a similar language. (Notice I did not write common language) I can drive to Surrey in three hours, imagine the cultural divide with the awesome distances in America; outside most people’s experience.

Let me therefore list the disappointments of the Donald’s term of office, in sorrow incidentally.

There manifested itself in the early days a failure to understand  basic economics. The tariffs on aluminium & steel were the sort of mistake the Attlee British post war socialist government made. Heart on the sleeve brain in the basement. The US steel & aluminium  industry thought it was Christmas, bonuses all around. A few thousand happy bunnies. But every other industry in America had to deal with rising costs, from white goods manufacture to trucks, Harley Davidson motorcycles, saucepans  & heaven knows what else made uncompetitive over night.

The tariffs on Chinese goods were to protect American manufacturing, very patriotic until you remember who pays the tariff, the American consumer. Protectionism never works, it is always a short term solution to a misunderstood phenomenon. Doubt me? The US trade deficit went from $64 billion to $86 billion in the Donald’s term of office.

Suicidally no attempt was made to geld the Fed of its 2% inflationary monetary expansionist target. The mountain of national debt & constant imbalance of current account budgets has left America with a debt literally beyond human imagination. Yet the inherent strength of the United States has been in its economy. Now shot to pieces. In all fairness squander bug administrations have been in power since Warren Hardy, the last American president  to admit the US was living beyond its means.  Reagan wasn’t  bad, Clinton didn’t look too bad if you didn’t adopt any forensic accounting but the collapse of the once mighty Yankee dollar is now just a formality.

Along came the so called pandemic. The Donald let a  bunch of deranged nutters take over, as did the rest of the world. A $3.6 trillion bail out since March as the domestic economy was closed down. Well, Amazon did ok but the reckoning for small & medium size businesses will linger for years.

I turn not for the first time to the industrial, military , congressional  complex, of which Eisenhower warned us of in his 1961 farewell address. Let me just remind readers of the extraordinary imperial hubris of the unaudited out of control  Pentagon. Eleven aircraft carrier groups, eight hundred overseas bases, in Germany 62k troops, Japan, South Korea, Afghanistan total another 100k. Africa military adventures of which the Pentagon  can’t even  account. A few brought home but the military budget under the Donald was increased. The US is now simply a twenty first century militaristic society loosely based on 19th century Prussia. To perpetuate this nonsense perpetual war must be sustained. The current military  budget is just under one trillion dollars per year, largely unaudited , moreover the money is borrowed !

Just as a matter of interest Iran’s budget is $18 billion, Russia has one small aircraft carrier group as has China. Japan has the second most effective navy in the Pacific & South Korea is a significant military power.  One wonders where the threat will come from.

When the cold war was at its height & Eisenhower (a real commander in chief)  was president he cut the defence budget by 38%. The Pentagon couldn’t  bamboozle a proper general.

Kennedy’s greatest domestic wish was to close that international mischief  maker the CIA. Now a force for pure evil. It cost him his life.

The Donald failed to drain the swamp, perhaps because like Britain it is impossible but a contributory factor was his lack of urgency, four years is not long , he was too slow out of the starting blocks. Boris Johnson has made the same mistake & he won’t  go the distance. The British Pentagon equivalent is the civil service,  its CIA the BBC, its suicidal budget drain not military but the NHS. All undrainable swamps.

Let me though be very clear on the election. Obviously there was fraud on a massive scale so there must be  a question mark over the result. This was inevitable when the electorate stopped walking into a booth with reasonable identification to place a cross on a piece of paper, monitored openly by all parties. The result has turned the US in to a banana  republic in the eyes of the world. Europe will follow as it always does.

Biden will be an unmitigated disaster for America but perhaps America in it’s current form has been doomed post Reagan.

I saw a clip yesterday of an American military choir singing the battle hymn of the Republic, as an Atlantacist since birth, with so many American friends, military colleagues & cousins in  Virginia I am deeply depressed by the whole thing. Perhaps now the inevitable calamity will bring forth a smaller, less centralised country returning to its constitution a great document &  dare I venture a retreat from the secular style of recent years. When American politicians rejected Christianity they paved the way for a secular vacuum.