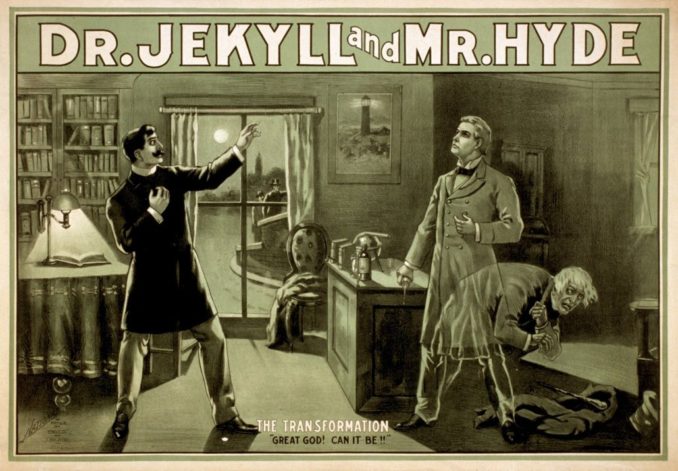 You were probably brought up on such medical TV programmes, depending on your age, as Dr.Kildare, Emergency Ward 10, Dr. Finlay’s Casebook or the many subsequent  programmes of a similar genre. The implication of such programmes is the medical staff are vocational, dedicated & saintly. Some of course are, but that’s not the way to bet. The average GP is no more like Dr. Finlay or Dr. Cameron than your vet is like James Herriot.

Whatever vocational motivation your GP had  as a student will have long since been steamed out of him or her by the system before they get in to general  practice. A very old client of mine was a general practitioner before the war, he built up a thriving practice through hard work & ability only to see it confiscated by a socialist government inspired fledgling NHS.  From that moment he told me the mutual respect between doctor & patient began to erode. Only very marginally at first but when the professional yet commercial bond was severed the relationship never recovered.

The ‘free at the point of delivery’ mantra was doomed to eventual failure as we now perceive. The current system extracts any serious competition, it is a ‘take it or leave it’ phenomenon. Ponder for a moment your possible shopping experience if only Tesco was your choice, no Aldi, Lidl, Waitrose, Morrison’s or Sainsbury. It would be a take it or leave it experience. You can apply the same to automobiles, airlines, restaurants, no competition brings lousy service. Sadly the NHS is the sacred cow of British politics, it doesn’t seem to matter how dysfunctional it becomes it is bomb proof, just chuck it another £10 billion. No audit, no reform just more taxpayer’s money on the bonfire.

The great scamdemic has exposed the failures of the system, albeit to no avail. Your GP unless you are very fortunate has basically abrogated his responsibility. Side lined his Hippocratic oath, once sacrosanct (first do no harm). These sad people & their staff now inject children with an experimental drug, children at absolutely no risk for £20 a jab, how do they sleep at night ? Perhaps they don’t. (See Eudra Vigilance for vaccine adverse drug reactions on children)

The modern GP is remunerated on a patient count, he knows few of them, probably  cares less, is not bothered about losing a patient because they have no where else to go & he has too many anyway. In fairness this attitude is prompted by many patients who value the service at the cost to them at the point of delivery. Which is nothing. A sort of mutual disrespect.

The modern vet at the larger practices is much the  same. He has school fees & a mortgage to pay so he charges plenty but there is still a service provider/customer relationship, although the scamdemic winkled out most non vocational vets too. One wonders if there was a massive covert golf tournament between vets & GPs over the last two years, green fees courtesy of Rishi Sunak’s furlough money.

I have spent over a year on my blog godfreybloom.uk/your-health/ over one million words now with virologists, immunologists, independent physicians & statisticians contributing, no big pharma or political opinion allowed on. MSM have cornered that market. In addition I have spent months trying to persuade NHS GPs to contribute anonymously, to no avail.

All I can offer therefore is a straw poll. As a professional researcher of many years I positively hate straw polls but needs must. I have sought opinion from thirty doctors, mainly GPs & some surgeons.

Although the number is small, the response was 100% identical which means the result is well worthy of statistical consideration.

Not in order of importance, l let the reader decide, it is after all a subjective opinion.

Bear in mind the NHS & physicians have been totally absolved of any legal liability for side effects, no matter how serious as indeed are all pharmaceutical companies.  This is a major abandonment of a prima facie protection for any patient submitting  to any drug therapy. Simplistically this means you cannot sue your GP. What therefore is the natural knock on pattern of behaviour? Where once a doctor might have taken a serious interest in the efficacy of a drug he now is absolved from responsibility. His professional  career to date has meant the NHS & drug regulatory authorities have born the burden for him. Given the traditional research & testing programmes for vaccines this has served reasonably well with a few disasters, in Britain Thalidomide being the best known. But if you look at my blog you might be staggered to learn how frequently big pharma  (Pfizer in particular) have been severely fined for dangerous or lethal drug sales especially in third world countries.

The long  & short of it is the average GP has made no effort at all to monitor adverse reaction to spike protein  experimental treatment. Nor make a risk/reward assessment of any of the spike protein treatments on offer.

Nor do GPs know or understand the relationships between big pharma, the NHS, regulatory authorities, ‘fact checkers’ or the current political drive for electronic medical passports.

Not one doctor I spoke to were aware some purveyors of the so called ‘vaccine’ have warnings on their websites on prescriptions for blood pressure or potential heart disease patients. None could even guess within 30% of the fluctuations in heart problems of male patients 20 to 39 years old in the recent year. They hadn’t a clue. Not one I spoke to had any training in the interpretation of medical data, nor did they express any concern. They all seemed surprised I should even expect them to know or care. How is it possible a fully qualified British trained doctors plays along with the myth a piece of cotton over the nose & mouth can keep an aerosol virus out of the human body? (American Institute for Drug Research)

Not a single one seemed to know about any alternative treatments, although even a cursory  glance at my website could have enlightened them. I got a blank stare from a military doctor when I referred her to the latest US military data on post jab myocarditis in young males.

What happened to informed consent ? How can a patient be informed if the doctor isn’t ? How is it the booster is being given the hard sell by the NHS & government when big pharma concede it is useless for new variants ? Why would a doctor recommend any vaccine at all when the recovery rate for the healthy is 99%+ ? Why has not a single journalist asked these questions?

Exactly who is on the Bill Gates/Big Pharma payroll ? Where do health passports come in? What is the roll of the World Economic Forum & its global lackeys ? Where are the objective comparisons between Sweden & Israel? Between Florida, Texas, Idaho, South Dakota & New York State & California.

How is it Scandinavia  have washed their hands of the whole scamdemic whilst medical fascist regimes strangle Australia, New Zealand, Austria, Italy & Canada ?

Why do doctors get aggressive or defensive when you question their motives or expertise ?

Why is any semblance of debate suppressed ?

How can it be conceivable to any rational thinker that spike protein therapy induced myocarditis can be assuaged by bringing forward the booster jab? (As endorsed by the US  Centres for Disease Control & Prevention)

Eventually all the deceit & corruption will be exposed, but the damage is already extensive. The rest of the world must adopt the Scandinavian model & soon.