An interesting failure of representative politics took place in September, long debated in the country a private members bill came to fruition, a very modest step towards assisted suicide for those in terminal and painful decline medically with no realistic hope of recovery.
The two sides lined up against each other both inside and outside parliament with a little more emotion than rationality. On the pro bill side were those, in the main, who had experienced first hand the long painful death of a loved one, those whom expected one with a diagnosis all ready made and those whom do not fear death but the manner of passing, this latter group are indisputably in the majority in the UK and probably in most of the industrial democracies.

There was a strong religious lobby on the anti side, Christian Fundamentalists were obviously at the forefront of the debate outside the chamber, understandably so. What was lacking in the debate was rationality or compassion. Without taking up the arguments on one side or the other it might be worthwhile compartmentalising some of the facts rather than getting carried away with the emotion which the debate quite naturally triggers.
Standing a pace back appraising British society is an interesting exercise in people watching.
It is a secular society de facto if not de jure so religion plays a relatively minor role in any national decision making process, for better or worse a fact. So the argument must come back to logic and this is where the whole debate collapsed.
In the UK it is a criminal offence to let any animal suffer unnecessarily, a wounded animal beyond help but clearly in distress must be put down. If you don’t you will probably get a custodial sentence. If you assist in the suicide of a human loved one it is also a criminal offence and you will probably get a custodial sentence. A woman can have her unborn baby dispatched not to save her life, health or wellbeing but if it is inconvenient for her socially. It is clear there is no logical or rational approach to the sanctity of human or animal life.
Those objecting on religious grounds have a strong argument to vote against assisted suicide, it also must follow they object to abortion and most religions do. Yet there are certainly many Christian priests whom out of compassion support euthanasia in certain circumstances. In the Great War badly gassed soldiers on the battlefields were dispatched by Padres with a single pistol shot; who could not empathise with that dilemma?

These are deep waters for humankind yet on the anti side accusations were being made by crude use of semantics, those in favour of assisted suicide were accused of being weird or ghoulish, usually by those who had not to their immense good fortune yet experienced the lingering painful death of a loved one. Those on the pro side incapable of understanding a deeply held religious conviction.
Yet probably the most frightening was the main thrust of the anti and secular argument that it would encourage family members to put pressure on relatives to accept the suicide option. This begs the question, what kind of people represent us in parliament that think in this twisted manner? Regardless of religion or view on euthanasia how many of us are of their ilk? In comparison with the overwhelming majority of us who want just the very best for our family. Why was there an assumption that only old people could crave an easier release, have they never seen sports injury or stroke victims (lock in syndrome).
Why was this important decision left to a few hundred people, many of whom with limited intellectual ability when it affects us all, if ever there was a case for a referendum this surely must but it. The status quo is not a realistic option. Doctors, nurses and loved ones must not face gaol for conceding to the desperate pleas who want to go gently into that dark night. 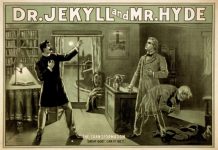