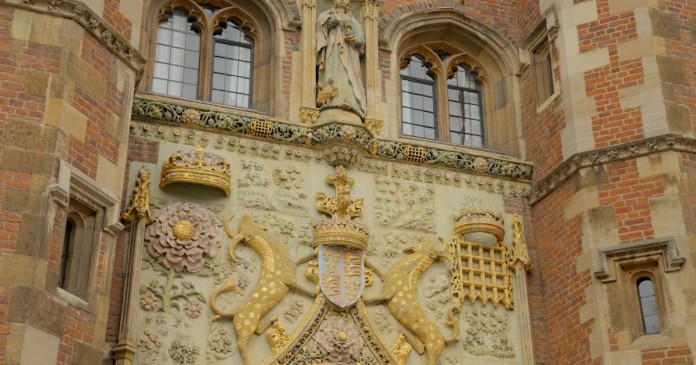 The study of law has fascinated mankind almost since the beginning of time, but for the purposes of modern appraisal in a secular society it is probably pragmatic to restrict the debate to what society requires of law what is the point of it? What are the traps for the unwary?

One of the oldest and perhaps most respected of legal systems internationally is English law, certainly it is the most copied. The embryo of English law can be traced in its Common Law roots which date back to Alfred the Great, that makes it well over one thousand years old. Such law was the bedrock of the English system supplemented by statute law which in a democratic administration should be used sparingly . What gave birth to so popular a system? Arguably the perception amongst those who abided by it for so long that it was accepted as a shield against the despot, wether manifested in a tyrant or king it is the citizen’s or the subject’s first line of defence. For law to gain acceptance, without which it cannot be sustained in the long term it must be fair, yet even more importantly both seen and deemed to be fair, notwithstanding it cannot be foolproof nor is it generally expected to be.

English law has a magnificent modern common law provenance, ‘that which would be deemed to be fair or reasonable to the man on the Clapham omnibus’.In the USA a nation which adopted in large measure the English legal system the analogy could be used equally fruitfully for Joe Sixpack. Where there is an elected government in whatever form, the political assembly are the statute law makers, until recently these two branches of law worked in perfect harmony , statute produced law to meet the needs of modern circumstance and judicial precedence was the mainstay applied to circumstances where the previous wisdom of generations could be brought to bear upon the implied transgression of the day. A number of caveats supported this doctrine. They were born into the system over a significant period of time. They include trial by jury, the accused’ s peer group, the presumption of innocence, habeas corpus,double jeopardy and various other procedural rules designed to give the accused every conceivable protection from the state. As the law developed over this extraordinary period of time diligent was the state to rebalance the scales of justice back in its own favour. More of this later.

Whilst most of the English speaking world use this system in some form , the EU have adopted a much newer system of law, referred to as the Napoleonic Code or Corpus Juris. It is important to understand this system does not attempt the same goals as the English system. It is presciptive. Its role is to enshrine that which the citizen may do, not that which they may not. It is not a shield but a stick. It is to enforce the will of the state. Not that this means it is necessarily malevolent, the law is made with the benefit of the people primarily in mind. But the Napoleonic Code does not regard the fundamental individual freedoms of the citizen as sacrosanct. Hence there is no protection of habeas corpus, it is possible to be held for months without charge and subsequently released without explanation or recompense. In point of fact it is a frequent occurrence. Years ago a senior U.S. Supreme Court judge argued that law should be difficult to make, one citizen although ever so high in the social order is imposing his will on another. Law should not come off a conveyor belt like sausages. Every law has a consequence, a cost, it is an imposition upon a man or woman in a free society.

Common law draws on the wisdom of generations, very little in life is genuinely new, in some court in some previous generation it will have gone before. In the adversarial court procedure the arguments can be examined in depth, under the supervision of a senior lawyer usually a judge. However at the end of the trial the citizen is judged by his peers, ever important in a criminal case to be found guilty it must be ‘beyond reasonable doubt’. These fundamental principles have been usurped with those enemies of the people ‘the enabling act’ and ‘judicial review’. These give the regulator, the anonymous institution, complete power over the citizen whose rights in law are simply brushed aside, most citizens today, unless accused of serious crimes are subject to this quasi legal system without any right of appeal save judicial review, this laughable replacement gives a veneer of legitimacy to what was known in the new world as a kangaroo court.

Corpus Juris gives significantly fewer protections to the accused. The advantage, usually to the state, is it is less cumbersome, quicker and therefore cheaper. This is why the English system is under so much pressure from the state, which also has an obligation to fund the defence in certain circumstances.

The continental system now supersedes English law in the final analysis with most European law enacted by the EU Commision with an EU parliament as an amending chamber and the final court of appeal in Luxembourg or Strasbourg according to circumstance. Perhaps the greatest flaw in recent times of both legal approaches is that failure to maintain impartiality between the executive and the judiciary. Sadly now the case everywhere. Once the judges were appointed by the politicians impartiality came to an end. Indeed it is not unknown for a Supreme Court Judge to be appointed by the top politician who is or was a close personal friend.

War, real or imagined is always an opportunity to reduce the protection of the law and increase the power of the state, made doubly easy by a dual phenomenon of fear ( terrorism) or ignorance of the reason for, and workings of the judicial procedure,( state education) much easier to withdraw a birthright from a citizen if they are ignorant of it.

There are many and vexed questions about law in a secular society, particularly where morality is concerned. Is it the business of the state to enforce a moral view on its citizenry ? One might argue this is legitimate in a theocracy , Sharia law for example, or indeed Canon Law and its relationship with the state in mediaeval Europe. A topical debate of the day is same sex marriage, is this the business of the state? Should the law punish those whose religious beliefs forbid acceptance? The IDDE takes no view on this matter save asking the legitimate question ‘is same sex marriage the business of the law?’ Often it is extremely difficult to persuade those involved in debates of this kind not to drift off the motion depending on their point of view, undergraduates whose minds have not yet fully matured struggle with the concept of law and what they require from it. Another concept with which the electorate struggles is health and employment law. Smoking is bad for us, we all know that, but is it the business of the state to enact law preventing shopkeepers displaying their wares,there are rotten employers and employees, yet in a free society there should be Liberty of contract, people engaging with protection of law, are holidays, pay, hours , gender, anything to do with government? The law falls prey in a representative democracy to the special interest group, statutes are passed advantaging some groups at the expense of others, paradoxically minority groups seem to hold sway over the majority, homosexuals, cyclists supposed planet savers all have political clout miles above their number. The law should not be subject to periodic lobbying, it should stand above these things if law is not replaced with petty rules or regulations which bring the whole concept of law into disrepute.

Those without the benefit of a traditional education find it difficult to articulate a view if they have one. Sadly this includes many of the political executive on whom the responsibility of government rests.