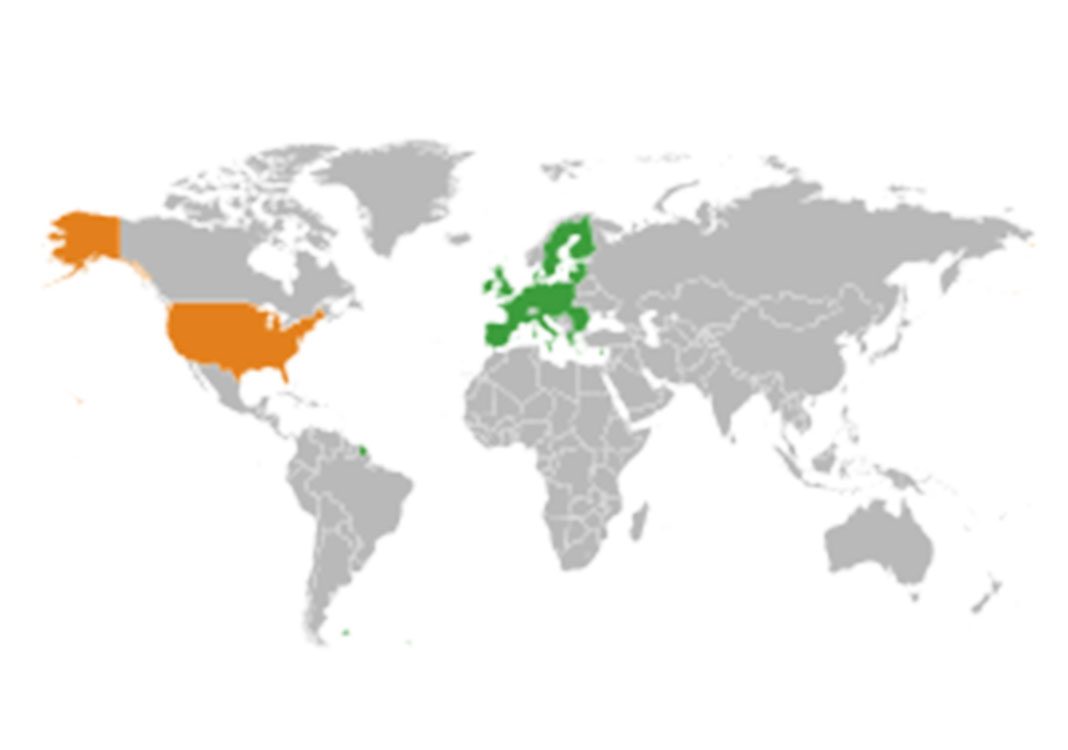 Facebook
Twitter
Google+
Pinterest
WhatsApp
For the conviction Free Trader, the international classical liberal TTIP is a very natural progression in a global society especially between two great trading blocks the USA and the EU. It begs the expectation of such supporters of 19th century advocates such as Frederick Bastiat that ‘when trade crosses borders armies do not.’ A qualified welcome therefore from such idealists was fairly immediate, rightly so. Thinking ahead why not BRICS member? African Union, Far East trade associations? One might carry forward Bastiat’s theory to fit with more pressing international concerns such as migratory refugees, ‘when trade crosses borders migrants don’t’. Liberal societies with free trade agreements prosper, it is for prosperity that migrants are prepared to risk their lives and that of their families. So, what’s not to like?

Here the new culture in both Europe and the EU comes into the picture. Centralised, mercantilist, neo protectionist, crony capitalistic there is a huge ‘rent seeking’ political/bureaucratic establishment fundamentally opposed to free trade, low tax and small government. Anyone who has worked in the wealth creating sector (this rules out most politicians and all civil servants by definition) knows commercial competition is below on the list of headaches for most chief executives. Number one is regulation. A few regulations for industry and the professions were considered not unreasonable in the rapidly expanding economies in post war industrial democracies. The acorn of regulation 50 years ago has grown into a mighty oak, so great that tree it blocks out the sun and the roots destabilise everything for miles around. Highly paid civil servants, quanqocrats and their easily manipulated, dogma ridden political cronies prey on industry like fleas on a dog. Regulation is a career path, it thrives on empire building, it got huge and unmanageable by design. Unlike all other aspects of a modern economy regulatory failure does not see it wither on the vine as any other failed enterprise would, but grow and reinvent itself. Failure is always seen as a resource problem, never structural or conceptual. Expansion, therefore, not contraction is the bizarre order of the day.
There is is no aspect of life in the EU or to a slightly lesser extent the USA which is not regulated to a degree that would amaze our forebears. Such is the cancer in the soul of would be entrepreneurialism many companies brought into being 50 years ago would never have got out of the starting blocks today. Yet for big business this is not necessarily a disadvantage. Established companies prefer a higher entry level to potential competitors, one needs look no further here than the US pharmaceutical industry.
So the theory of TTIP is noble and worthwhile but in practice is doomed to failure, as so pithily pointed out by Tom Bromund of The Heritage Foundation. Does anybody imagine for a moment the regulators both sides of the Atlantic will not protect their turf, that they will voluntarily give ground, that big business in the world of crony capitalism really want to see increased competition from small and medium sized businesses? Consider the mysterious EU Commision observation that the concept is ‘not open to academic discussion’ link this to the decision there is to be no recognised time frame. Look at the status quo, who is against TTIP? Regulators, trade unions, protectionists and industries who have a vested interest or can circumnavigate regulatory problems by arbitrage via overseas acquisition. In favour? I suspect those who like, quite properly, the theory but are less familiar with the subtle sabotage techniques that will make this potentially forward step still born. Worse, it goes ahead but regulatory barriers are raised, in short the highest common denominator, one can almost hear the licking of lips from regulators and politicians, boondoggles aplenty committee meetings all winter in the Caribbean for Europeans, Paris, London and Rome in the spring for Americans and no deadline! It could linger on for decades, who will pick up the tab? Consumers and taxpayers, don’t they always?
Download Nulled WordPress Themes
Download WordPress Themes Free
Free Download WordPress Themes
Download Best WordPress Themes Free Download
download udemy paid course for free
download samsung firmware
Download WordPress Themes
lynda course free download