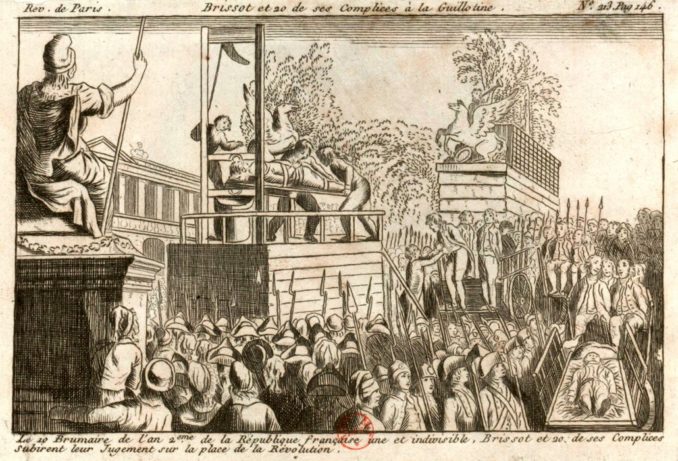 The British have punched above their weight for three hundred years, economically, militarily, socially & geo politically culminating at the end of the 19th Century with the greatest empire the world has ever seen. It was curtailed by the lunacy of European involvement in 1914 sucked in to the abyss of old European enmities of which the United Kingdom had no genuine interest.

Post Napoleonic wars, another misguided adventure, Britain managed to stay out of European entanglements until the disastrous King Edward VII inspired Entente Cordiale. We failed as a nation to learn the lesson of neutrality of the Franco Prussian war in 1870, that lesson being squabbles between  France, Germany, Russia & Austria are of no interest politically or financially to the United Kingdom. We still have failed dismally to grasp the point even now. One might have imagined one million British Empire Great War dead & a further three hundred thousand in the second war would have put us off European entanglements  for good. Sadly not. Disastrous membership of the European Union, very slowly now being unwound,  de jure so far but not yet de facto, should point us in the right direction. I am however dubious. Military entanglements are still mooted, not yet debated in the public domain, another monstrous MSM failure.

What has made Britain historically so strong is the strength of the nations making up the UK are greater than its parts. A united people like cross ply wood or steel are difficult to break.

Sinister international globalists know this only too well. A house divided must fall, so it must be divided. We now see an international propaganda campaign unprecedented in peacetime.

To divide a people it makes sense to look for a natural human or economic fissure.

I offer an analysis here for the readers contemplation.

Black people must be encouraged  to believe they are discriminated  against by white people. An easy divide for the white middle class propagandist to foster in a blame culture. This ongoing campaign is in itself racist & patronising but it has taken strong hold in the media & academia in Europe  & North America. It is thus far enormously  successful.

There are two economic classes of people today in Britain. Those in the wealth creating sector & those in the public sector. The public sector enjoy total security of tenure & index linked protection from government created monetary inflation. The cost of the bloated public sector is fraudulently  hidden from the public every budget day with a complicit MSM. If the chancellor presented his budget in line with international  accounting  standards we would  identify the real cost & national debt, roughly one third higher than shown every March. If private UK PLCs did this the CEOs & finance directors  would go to prison. The division therefore between these two groups can only accelerate as the appalling unfairness of it becomes more apparent. Note through the scamdemic all public sector  employees  remained on full pay, the rest of us were furloughed if we were lucky.

Let us examine the class divide, admittedly as old as the UK itself, but not quite as we know it. The Monty Python sketch encapsulated fifty years ago, upper class , middle & working class,  sub divided again in  Jilly Cooper’s wonderful book Class. What though do we have now?

Royalty class, celebrity class, political class, the tellystocracy & then everybody else. Here the  great scams of the era come into play, the increasing absurdity of the climate emergency much loved by Royals, celebrities & their army of sycophants & the Coronavirus. We stare at our TV screens in wonder as the prime  minister goes to Cornwall to give a save the planet speech in a private jet. Royals with no sense of irony live in manor houses & castles entertaining faux greenie celebrities whilst  the little people are persuaded they should not go on holiday or drive cars. Politicians & unelected mad pseudo  scientists put the country under martial law whilst ignoring their own fundamental rules. The real power is with multi billionaires like Soros, Gates, Bezos, Musk, Dorsey, Zuckerberg & others whose names are not yet in the public domain but lurk in institutions like BlackRock,  Goldman  Sachs & the Wellcome Foundation.

Suppression of free speech on social media  & academia is the norm.   Modern Britain is now akin now to 18th Century France. We peasants inhabit a completely different world. We literally wear the mask of submission.  We hide terrified at home in fear of a virus which has killed hardly any fit healthy citizens under seventy five years old.

We know don’t we the lockdowns are here in some form for ever?  We also know a complicit government will allow the private sector to survive in exchange for enforcement of medical passports by the back door.  Air travel & private cars will be restricted to the new aristocracy. The collapse of traditional education will prop up the status quo. Politicised academia will continue  to persuade people that suppression of freedom is reluctantly done to protect those whose freedoms have been sacrificed. Main stream television in licensed by the state & dance to its tune. Witness the blanket banning of coverage of the huge freedom marches in London recently.

In the past people like myself have been labelled conspiracy  theorists. I used to take no exception to this because I was. Events have moved on. The World Economic Forum, The International  Monetary Fund, Central Bankers,  Merchant Bankers, the Davos elite have endorsed my original hypotheses. They make no denial. But the key to their success is to persuade us freedom doesn’t  matter. That all this is for our benefit. We must be locked down for our own safety.  So MSM, politicians,  academia & the bureaucrats have made their Faustian pact. Across Europe, Britain & North America the working & middle class are politically abandoned.

It seems nothing can stop a neo puritan, dystopian new dark age where politicised police, perverted science & fake democratic system crush ordinary folk under the heel, of course all for your own benefit.