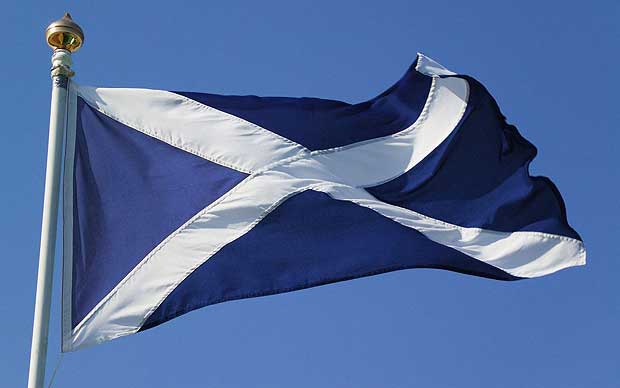 There has been some disingenuous double speak on the subject of Scottish Independence post election at which they triumphed with a platform for independence from the United Kingdom as strong as the conservative party’s overwhelming endorsement of independence from the European Union. Ironically many brexiteers suggest the Scots didn’t really know what they were voting for, that the Scots don’t really want independence, but if you look at an electoral map of Scotland it tells a different story, it is almost 90% nationalist.

I am well aware this does not necessarily reflect a 90% desire for independence, a point conceded by the SNP itself. But it is too large to be ignored & can only lead to the same sense of injustice felt by brexiteers over recent decades. The Scots already have their own parliament, their representation at Westminster is absurdly overblown, 59 seats! For a country small in population & weak economically. SNP MPs are socialists in the main & most hate the English. Their concept of Scottish history is based on Mel Gibson’s Braveheart. Their political power base is in the fried Mars bar zone of Glasgow & their dress code is based on Rab Nesbit.  Posh jocks vote Tory & live in the Borders or far flung rural districts, but they are desperately few. Unhelpfully the life style of the erstwhile Scottish Tory leader puts off those of a Presbyterian persuasion, Scotland is conservative with a small ‘c’.

Moreover a permanent imbalance of Westminster representation has deprived the Scottish electorate from any sense of responsibility. They can vote SNP to twist the English tail. Vote SNP for a lark, as the Scottish national debt balloons out of control. The great Scottish asset was its educational system, the best probably in Europe, now frittered away by politically correct SNP nonsense leaving a dumbed down country now worse than even England or America.

I write as part Scot, my ancestor John Bruce came down after the ’45 & made his home in London. I wear the Ancient Bruce tartan on Burns night with great pride.

The Scots have a history unequalled perhaps by any other country in recent times. Engineering, military, scientific & economic. There contribution to mankind is awesome, much facilitated by the British Empire to which their contribution was extensive. Consider their contribution to the enlightenment, ponder the names of David Ricardo, Adam Smith, James Hutton & David Hume. Scotland is a country well suited to independence now modern communication has made geographical location irrelevant. The anachronistic Barnett formula which has spoon fed Scotland has done it no favours.

Scotland now is akin to a morose unemployed teenager loafing on a sofa watching daytime TV instead of the intellectual icon so admired by Voltaire.

The irony is the SNP is the worst party to lead an independent Scotland, the template should be Singapore not Venezuela, the inevitable destiny of socialism.

Scotland must be genuinely independent to prosper, membership of the failing & corrupt EU is not independence at all, rule from Brussels is no more satisfactory than rule from London. Indeed the desire to remain by Scots shows a woeful lack of confidence in themselves.

Much is made by naysayers of the practical difficulties.

Let me kill the main ones here.

There is no reason the the constitutional monarchy cannot remain. It works for New Zealand, Australia & Canada. The House of Windsor has very sound Scottish roots, I believe independence & monarchy are not mutually exclusive. I hear no great call in Scotland for Republicanism.

MSM always flag this up as a stumbling block. Scotland can easily adopt a free currency zone, let settlement be by done under contract law. Abolish legal tender laws, let the market deise. The true Scot will accept any sound monetary settlement. It works in duty free shops at any airport all over the world. Remember legal tender is simply a scam by the State to steal money by inflating its supply & devaluing it.

The English & Scots are joined at the hip militarily. A simple defence agreement (I mean defence, not military adventurism, which today passes for defence) is non controversial. No upheaval is necessary.

The landslide SNP result must be met with a post Brexit referendum. Linked to that is electoral boundary reform to halve the number of Scottish Westminster seats, scrap the Barnett formula & make Scotland pay its way. The status quo must not be an option. The prime minister for all his bluster is an appeaser. The worst thing that can happen is for Boris Johnson to yet again try to buy the Scots with English taxpayers money. They must be given stark choices, not left to continue whinging & festering in a political quagmire of their own making.

Moreover the English must be included in the referendum.

The Act of Union was a voluntary agreement by Scotland & England. It must be revisited by both parties for a fair & lasting settlement.