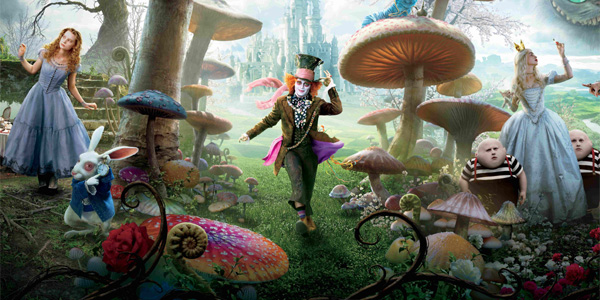 The pending May election is beginning to take on an Alice in Wonderland quality. It is generally undisputed that in the western democracies the electorate go to the polls to judge the current or indeed future administrations on the handling of the state’s finances. Naturally there are many other issues which hold the attention of the nation but first and foremost is the nation’s budget because ultimately that effects businesses and families.
For better or worse, worse usually, the nation raises money through taxation or borrowing and more recently printing, explained as quantitive easing by politicians and central bankers, counterfeiting by the police if the citizen indulges in it. Most of these western democracies are now indebted to the extent that the numbers are beyond the human imagination. The national debt in the United States for example is reckoned at $57 trillion, the UK at £1.4 trillion France, Italy & Spain no better.

Even after a career in the city managing money in some format for over 40 years these numbers are outside my comprehension never mind that man on the Clapham omnibus, or his opposite number across the pond, Joe Sixpack. Yet apart from minor conflagrations we have enjoyed peace in these countries for 70 years. How is it possible to have run up these amazing debts? Where has all the money gone. Here in the UK do we enjoy a perfect NHS, education, public transport, road network, police service or armed forces? Of course not, in fact they are pretty dire aren’t they. To the point people are prepared to pay twice for the same services. Private health, schooling and security flourishes. Beds or desks in the state sector go unclaimed as people buy out of the state system what has gone so wrong? Although the government spends nearly 50% of GDP the reason everything the state runs is inefficient is two fold, it is run by amateurs and its customers are locked in, only the moderately wealthy can avoid the gravity of the state black hole. In order for the government to perpetuate this extraordinary system of running the nation’s finances people and businesses need to create wealth. Society appears to want the state to provide this myth of cradle to grave protection but deliberately won’t face the reality of how it is supposed to be funded. This is manifesting itself in the continued absurdity of the meaningless election ritual. The first past the post system gives the UK, and indeed the USA a red or blue choice, yet with an electorate heavily dependent on government largesse people quite naturally are hostage to being bribed with their own money. The electorate therefore will vote for an administration who will either give them the most in freebies, or steal the least of their wealth, a constant battle between the haves and the have nots, mixed with the ever growing number of those who thrive on fat cat salaries in the public sector.
Interestingly none of these issues have been discussed so far. It has just been the usual bribe campaign with competing promises from parties who will somehow magic money out of the system for another 5 years. This is all compounded by press and media which is economically illiterate, led by the BBC, itself a publicly funded anachronism.

No one has yet told the truth to the electorate about the depth of hopelessness in our national debt problem. The IMF hinted at it last week, it is impossible for us ever to repay the national debt. To do so would mean cutting deficit spending to zero, not pathetically cutting it from £100billion to £80 billion, somebody for god’s sake buy the chancellor a pocket calculator.
Incidentally, include private funding initiatives and public pension liabilities in the national figures in line accordance with International Accounting Standards procedure and the debt is 160% of GDP, about the same as Greece. So when the leading politicians come on your screen in the next few weeks, if they don’t address these problems they are either deceitful or just plain thick, I suspect a bit of both.